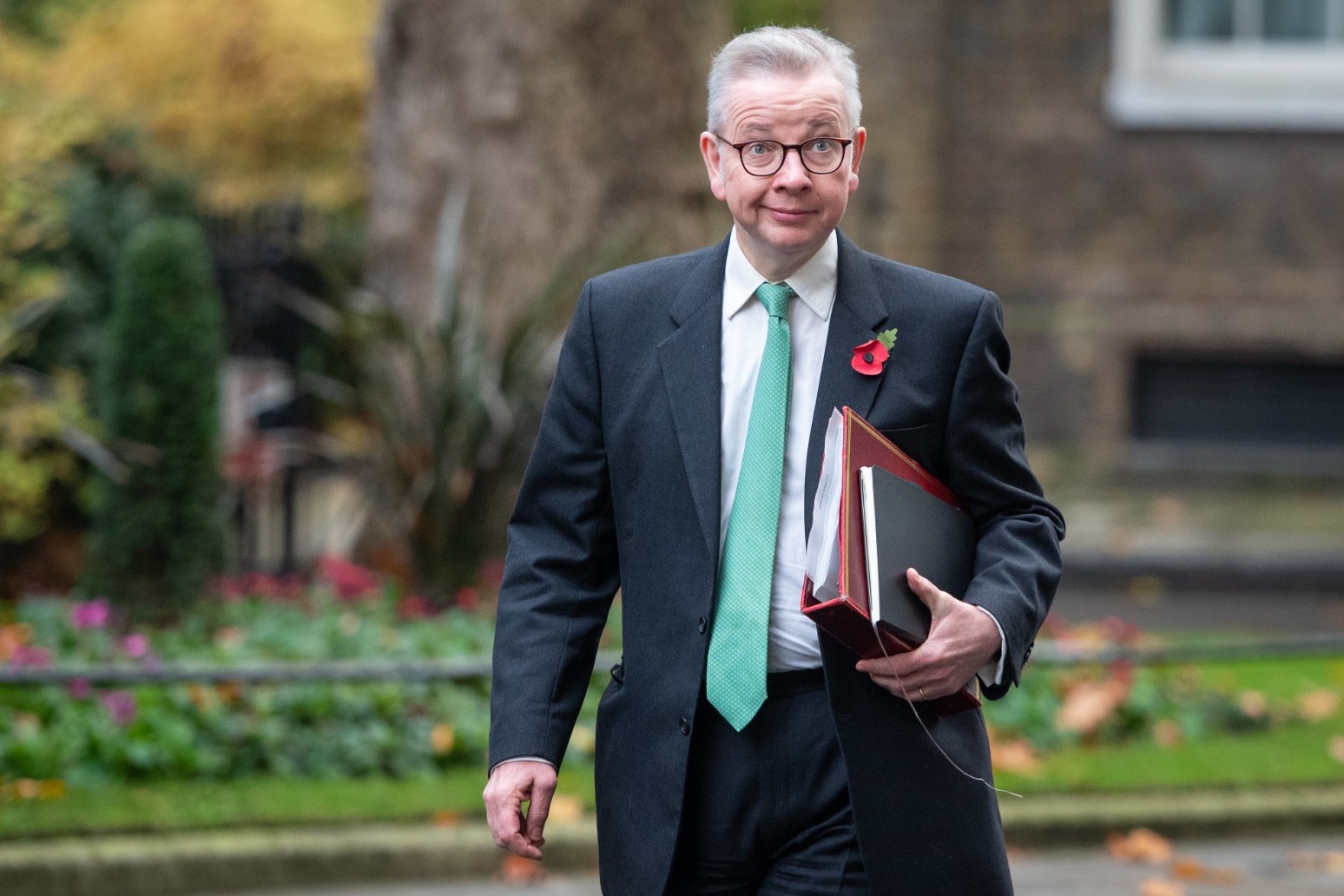 Every hospital in England could be overwhelmed with coronavirus cases if new tier restrictions are not introduced, Michael Gove has warned, as he seeks to quell a Tory backbench rebellion over the measures.

The Cabinet Office Minister, writing in The Times, urged MPs to “take responsibility for difficult decisions” to curb the spread of Covid-19, amid anger from some Conservatives that much of England will face stringent restrictions.

Mr Gove said the decision to impose the restrictions was necessary to “pull the handbrake” and avoid the “disaster” of NHS hospitals – and private sector and newly-built Nightingale hospitals – becoming filled to capacity with only Covid patients and emergency cases.

“Keeping our hospitals open, available and effective was not just crucial to dealing with Covid-19. It was imperative for the health of the whole nation,” Mr Gove wrote.

“But the only way to ensure we can take care of cancer patients, administer radiotherapy and chemotherapy, and help stroke victims and treat heart attacks is by protecting the NHS,” he wrote, adding this could only be done by reducing the spread of the virus and thus limiting the number of Covid patients in hospitals.

“And just as we want to reduce Covid-19 infections to save lives, so reducing them is the key to saving the economy. Think for a moment what would happen to our economy if we allowed infections to reach such a level that our NHS was overwhelmed,” Mr Gove wrote.

Only the Isle of Wight, Cornwall, and the Isles of Scilly will be under the lightest Tier 1 controls, while large swathes of the Midlands, North East and North West are in the most restrictive Tier 3.

In total, 99% of England will enter Tier 2 or 3, with tight restrictions on bars and restaurants and a ban on households mixing indoors when the four-week national lockdown lifts on Wednesday.

Prime Minister Boris Johnson faces a Commons showdown with his own MPs when they vote on the measures next week, which could leave him dependent on Labour support to get them approved.

The chairman of the backbench Conservative 1922 Committee, Sir Graham Brady, was among critics of the restrictions, accusing the Government of infringing people’s “fundamental human rights”.

Mr Johnson acknowledged on Friday that people felt “frustrated”, particularly in areas with low infection rates which now face tighter restrictions than before the lockdown.

It comes as the number of people in hospital with Covid-19 in four NHS regions of England reached higher totals this month than during the first peak, with figures in both the South West and North East and Yorkshire still above those seen in the spring.

Latest data from the Government’s coronavirus dashboard show there were 938 Covid-19 patients in hospital in the South West as of Thursday, down slightly from a high of 968 on Tuesday but higher than the spring peak of 840 on April 14.

Both the Midlands and North West also saw totals this month surpass the first wave peak, with 3,150 reported on Monday compared with 3,101 on April 10 in the former and 3,059 on November 16 compared with 2,890 on April 13 in the latter. The figures in both regions have since fallen back below spring peak levels.

Meanwhile, it emerged that scientists advising the Government said that any relaxation of restrictions over Christmas will result in a “large” rise in coronavirus transmission rates and prevalence “could easily double”.

In a set of documents released on Friday, the Scientific Advisory Group for Emergencies (Sage) said “substantial mixing” of people over a short period of time represents a “significant risk for widespread transmission”.

The scientists made their warning in a meeting on November 18 – a few days before the Government announced that there would be a limited relaxation of restrictions at Christmas.

They said: “The prevalence could easily double during a few days of the festive season, with further multiplicative increases as new infections go back to their ‘routine’ networks.”

Mr Johnson confirmed earlier this week that three households will be able to mix from December 23 to 27, but he told families they must make a “personal judgment” about the risks to vulnerable loved ones when forming a Christmas bubble.

– The infection rate in the UK appears to be slowing, with the latest R number thought to be between 0.9 and 1.

– The Government said a further 521 people had died within 28 days of testing positive for Covid-19 as of Friday, and there were a further 16,022 lab-confirmed cases.

– A provisional vaccine priority list published by Public Health England gives people who were made to shield during the pandemic the same priority as the over 70s to receive a jab.

– The Government appointed Network Rail chairman Sir Peter Hendy as a Christmas travel tsar in a bid to avoid transport chaos during the festive period.

– Sir Philip Green’s retail empire, the Arcadia Group, is on the brink of collapse, with about 15,000 jobs at risk.

– The Faculty of Public Health and the Association of Directors of Public Health said improving the test and trace system must remain the Government’s priority in relation to testing, and said “we must be up front” about what is not yet known about rapid tests.

Elsewhere, The Guardian reported that hospitals in England have been told to prepare for the rollout of a coronavirus vaccine in as soon as 10 days.

According to the paper, hospitals could receive the first deliveries of a vaccine created by Pfizer/BioNTech between December 7 and December 9.

This vaccine, which reported early results suggesting the jab is 95% effective, needs to be stored at extremely low temperatures.

Businesses and charity organisations in North Yorkshire are being invited to take part in an initiative to provide valuable paid work experience to young people and potentially find the next generation of talented employees to add to their workforce. The new Kickstart Scheme is a Government-funded initiative to provide paid work opportunities to young people; allowing them to gain experience in new roles, try out potential new careers or get […]