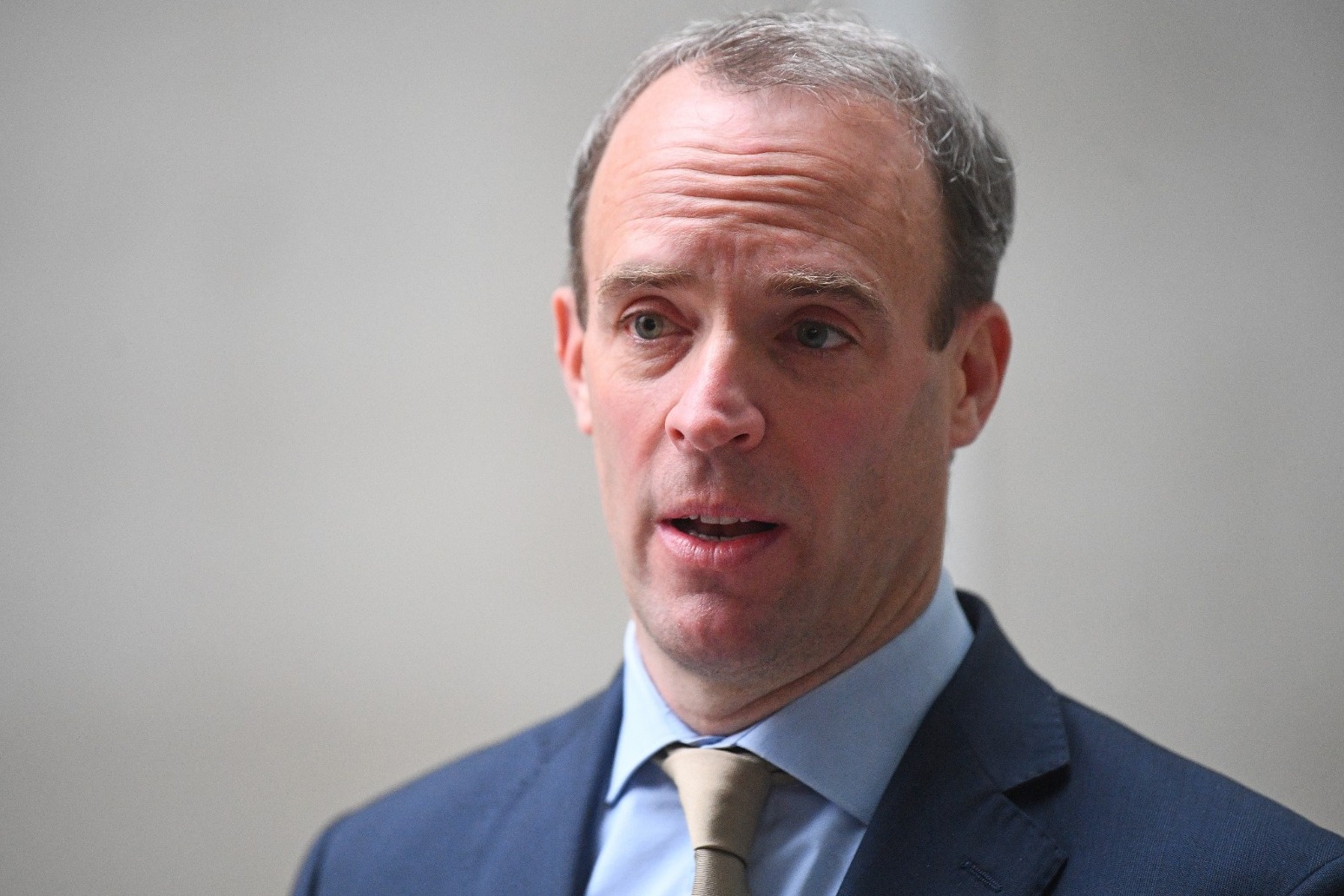 The Foreign Secretary has dismissed the idea of a blanket ban on travel into the UK ahead of the hotel quarantine plan kicking in.

The Foreign Secretary has dismissed the idea of a blanket ban on travel into the UK ahead of the hotel quarantine plan kicking in.

UK nationals or residents returning to England from 33 countries will be required to spend 10 days in Government-designated accommodation from Monday.

Dominic Raab was asked if it is time for a “blanket ban” due to the South Africa variant of Covid-19 being detected in Austria for example which is not on the Government’s red list.

He told Sophy Ridge On Sunday on Sky News: “I’m not sure that’s proportionate, and of course having blanket bans on any, for example, air travel into the UK would be very difficult for the supply chains, things like freight.”

Mr Raab said the data is assessed very carefully and they want to make sure the measures are “as targeted as possible”.

He said: “We think we’ve got the right balance – robust measures, but targeted measures.”

Mr Raab said it is not yet possible to put forward a “workable proposition” regarding a vaccine passport.

Former prime minister Tony Blair had reiterated his calls for a global coronavirus vaccine passport scheme, writing in the Mail On Sunday: “We have the technology which allows us to do this securely and effectively. The need is obvious. The world is moving in this direction. We should plan for an agreed ‘passport’ now. The arguments against it really don’t add up.”

Asked if it will be put on the agenda at the G7, Mr Raab told the BBC’s Andrew Marr Show: “We can certainly discuss those things both internationally and domestically, but the reality is you’ve got to have a workable system, so it’s not something that I think yet is in a place where we can put forward a workable proposition that countries around the world would be able to rely on.

“And the risk of course with anything like that is if you create something which isn’t workable, that isn’t dependable, it creates a false sense of security and no-one wants to do that.”

On Swarbrick On Sunday on LBC, Mr Raab was asked about the idea of a domestic vaccine passport which people would need to show to go into a supermarket for example, and he said: “It’s something that hasn’t been ruled out. It’s under consideration, but of course you’ve got to make it workable.”

He added: “I’m not sure there’s a foolproof answer in the way that sometimes it’s presented, but of course we’ll look at all the options.”

Meanwhile, First Minister Mark Drakeford said there will be no quarantine hotels in Wales for the time being.

Speaking to Sky News’s Sophy Ridge On Sunday programme, Mr Drakeford said there were no flights from red list countries coming into Wales, or from abroad, until March.

“For several weeks to come, that will not affect us here in Wales,” he said.

Mr Drakeford said he would have done the “opposite” to the UK Government in regard to its approach to overseas travellers coming to the UK.

He said: “Their approach is to say that ‘everybody can come in, other than the people on the red list’.

“I would have said nobody can come in other than a list of countries where we are absolutely sure that it is safe for people to come without the self-quarantine arrangements that have been suggested.

“I just think we need to build the wall higher to make sure we are not vulnerable to new variants that could appear in any part of the world.”

On Saturday, Heathrow Airport said “significant gaps” remained in the hotel quarantine plan and a spokeswoman said they are yet to receive the “necessary reassurances” from the Government.

One of the Heathrow Airport hotels taking part in the scheme is Novotel London Heathrow T1 T2 T3.

The hotel was charging £65 for members of the public staying on Sunday night, while travellers using it to quarantine from Monday must pay £1,750 for 10 days.

The PA news agency understands that the Renaissance London Heathrow Hotel is also participating in the programme.

A 24-year-old man has died after being stabbed near Reading. Thames Valley Police said officers were called to Managua Close in Caversham just before 1am on Sunday. The man was found with a stab wound to his chest and died at the scene, officers added. The victim’s next of kin have been informed and a murder investigation launched. Senior Investigating Officer, Detective Inspector Nicola Douglas, said: “Our thoughts are very […]