Boris Johnson bursting with antibodies as he continues to self isolate 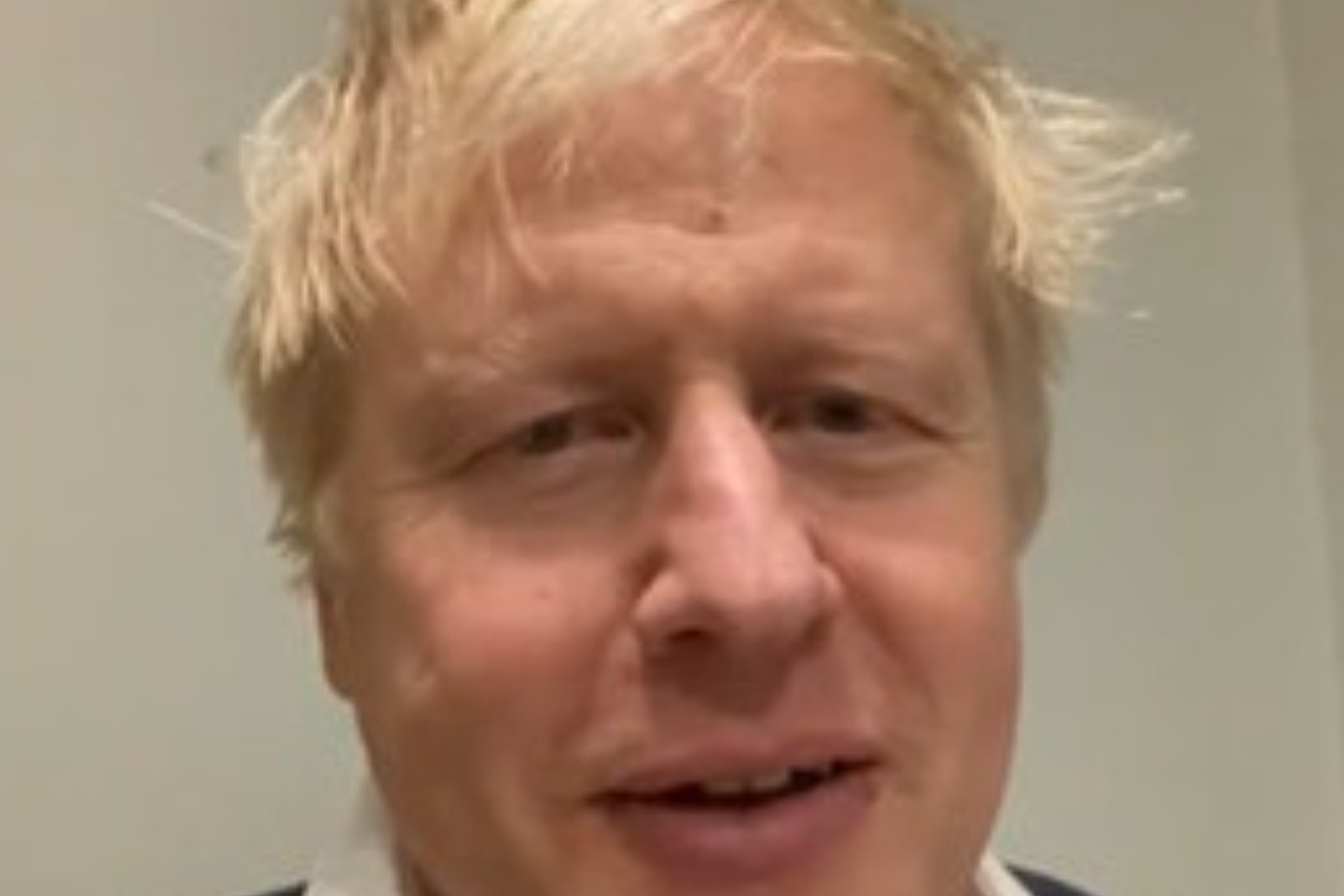 Boris Johnson said the fact he was “bursting with antibodies” having had coronavirus before would not prevent him needing to self-isolate following contact with an MP who has tested positive.

The Prime Minister, who was admitted to intensive care with coronavirus in April, has confirmed he was notified by NHS Test and Trace on Sunday that he must self-isolate and will now remain at Number 10 for a period of 14 days.

The news has left Mr Johnson’s bid to reframe his premiership in limbo after his meeting with Tory MP Lee Anderson, who has confirmed he has contracted Covid-19.

But in a video message posted on Twitter, Mr Johnson – who insisted he would not be exempt from isolating despite previously fighting off the virus – said he would continue to make Government announcements virtually.

He told his Twitter followers on Monday that he was “in good health” and that he has “no symptoms”.

The Prime Minister said: “Hi folks, the good news is that NHS Test and Trace is working ever-more efficiently, but the bad news is that they’ve pinged me and I’ve got to self-isolate because someone I was in contact with a few days ago has developed Covid.

“And actually, it doesn’t matter that I’ve had the disease and I’m bursting with antibodies. We’ve got to interrupt the spread of the disease and one of the ways we can do that now is by self-isolating for 14 days when contacted by Test and Trace.”

Mr Johnson said he was self-isolating with a “high heart” that the country was getting on top of the virus, describing the development of rapid speed testing and hopes of having a vaccine roll-out before Christmas as “two gigantic boxing gloves with which to wallop our foe into submission”.

The Conservative Party leader said he would have “plenty more to say by Zoom and other means of electronic communication” as he looks to move on from a tumultuous past week at the top of Government.

Downing Street had insisted that Mr Johnson would present a committed policy launch on social justice, “levelling up” and coronavirus over the coming weeks following the sudden exit from No 10 of his senior adviser Dominic Cummings and communications director Lee Cain.

No 10 said the “critical announcements” due over the coming weeks would send a “clear signal of his ongoing ambitions for the United Kingdom” with the Prime Minister expected to outline plans for dealing with issues like the Covid-19 pandemic and social inequality.

It is also a pivotal week for Brexit, as negotiations with the EU reach their final phase.

The move was being seen by some at Westminster as a bid by the Prime Minister to show he was still in control of the Government’s agenda.

But as the announcement was made, Mr Johnson was advised to self-isolate after attending a 35-minute meeting with a small group of MPs in Downing Street on Thursday morning.

Mr Anderson, the MP for Ashfield, Nottinghamshire, said on Facebook he lost his sense of taste on Friday and, after being tested on Saturday, received a positive result on Sunday morning.

The two men were not wearing face coverings and did not appear to be two metres apart in a photo taken at Downing Street which Mr Anderson posted on Facebook.

Health Secretary Matt Hancock was asked about a photograph of the meeting between the pair and insisted the Prime Minister and members of the Government were being “very careful” when it came to social distancing.

Mr Hancock told Times Radio: “For instance, probably more often than not, when I see the Prime Minister I see him by Zoom. But also, we meet in a work environment or face-to-face.

“I think the important thing is that everybody has to follow these rules and the Prime Minister is no exception.”

Under the “hybrid” parliament arrangements, MPs can only take part in some proceedings by video link.

Lewis Hamilton has been hailed as the greatest British sportsman in history after he emulated Michael Schumacher by winning his seventh world championship. Hamilton delivered the drive of drives to wrap up his sixth title in seven years with a brilliant victory at Sunday’s rain-hit Turkish Grand Prix.   The 35-year-old Englishman will now end his career as the most decorated driver in Formula One history, having already registered a […]