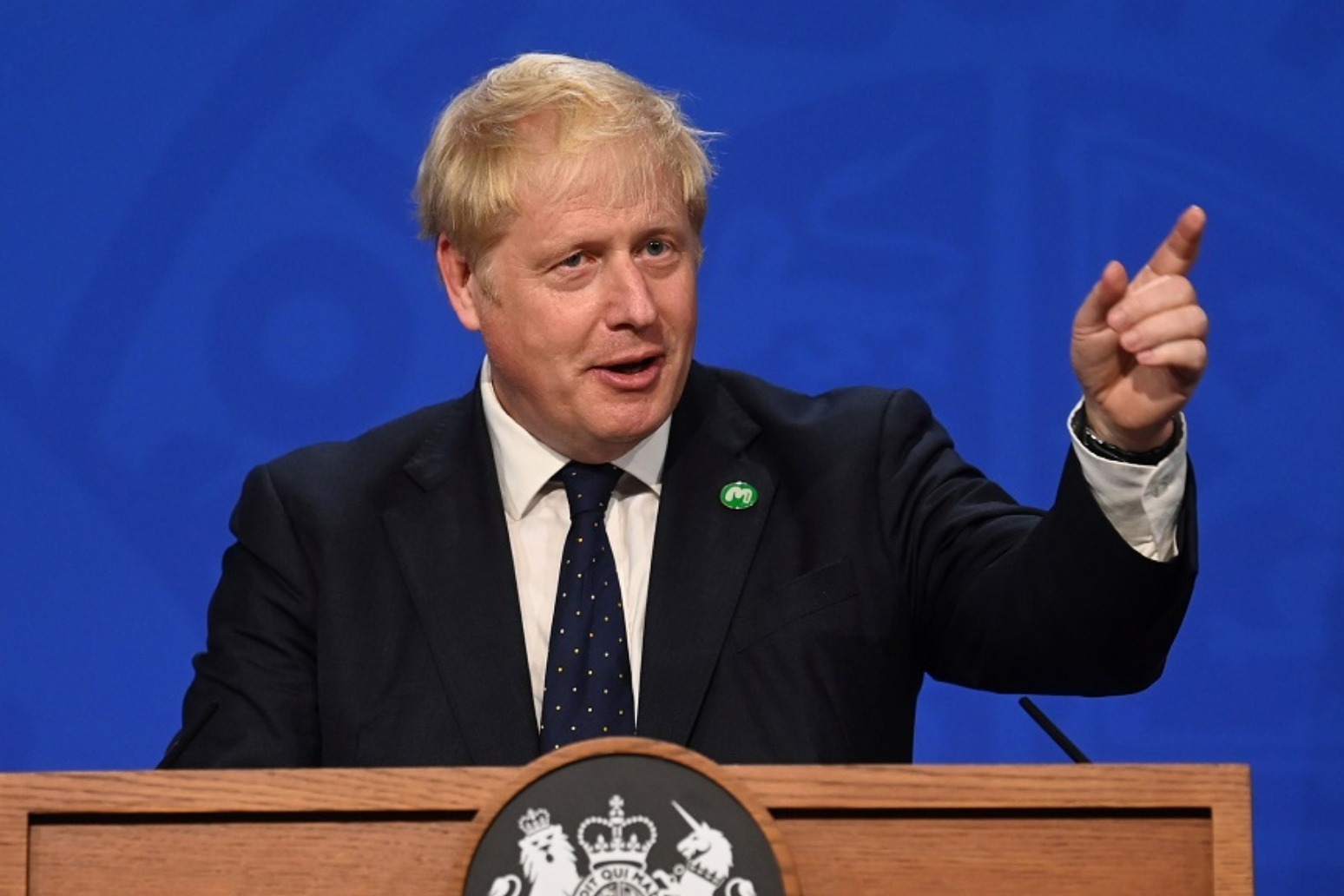 The Prime Minister is set to address the nation tomorrow

Boris Johnson is “dead set” on avoiding further lockdown, reports have suggested, as the Prime Minister prepares to set out his plan to get the country through coronavirus over the autumn and winter.

Mr Johnson is expected to address the country via a press conference on Tuesday to underline how vaccinations will be a central part of the response to coronavirus in the coming months.

Although a number of measures to control Covid are set to be loosened, The Daily Telegraph reported that the PM would tell MPs and the country that “we need to learn to live with Covid” and that vaccines would provide the main defence.

The UK’s chief medical officers are also drawing up advice to Government on whether children aged 12 to 15 should be vaccinated after the JCVI said the margin of benefit from vaccinating healthy children was too small to say they should receive a jab.

A senior Government source told the newspaper: “The autumn and winter do offer some uncertainty but the Prime Minister is dead set against another lockdown.”

It comes after Health Secretary Sajid Javid said on Sunday that there was a “whole toolbox” of measures in place to help control Covid, but that vaccine passports would not be one of them.

In the latest of the Government’s coronavirus U-turns, Mr Javid announced plans to introduce vaccine passports in England for nightclubs and other crowded venues had been scrapped.

Mr Javid confirmed the proposals “will not be going ahead” just days after ministers had defended the policy to sceptical MPs.

Mr Johnson had previously announced that members of the public would be required to show proof they have had two doses of a Covid-19 vaccine in order to gain entry to clubs and other large-scale events in England.

But following a backlash from Tory MPs, the Health Secretary said the idea had been shelved.

It follows No 10 confirming some elements of the Coronavirus Act would be repealed, including those allowing the closing down of the economy, the imposing of restrictions on events and gatherings, the power to temporarily close or restrict access to schools, and powers to detain infectious people

The Telegraph also reported that the traffic travel light system would be scrapped, the red list of countries would be reduced, and that PCR tests would not be needed for double vaccinated travellers.

On Sunday, Mr Javid said he wanted to get rid of PCR tests for travel “as soon as I possibly can”.

The Health Secretary told Sky News’s Trevor Phillips On Sunday: “I’m not going to make that decision right now, but I’ve already asked the officials that the moment we can, let’s get rid of these kinds of intrusions.”

On vaccine passports, he told the BBC’s The Andrew Marr Show: “I’ve never liked the idea of saying to people you must show your papers or something to do what is just an everyday activity, but we were right to properly look at it.

“We’ve looked at it properly and whilst we should keep it in reserve as a potential option, I’m pleased to say that we will not be going ahead with plans for vaccine passports.”

Mr Javid’s announcement on Covid certification came shortly after the minister had appeared on Sky News and told host Trevor Phillips a final decision had yet to be made.

He said: “We haven’t made a final decision as a Government.”

Labour’s deputy leader Angela Rayner said the rapid change showed that “the Government’s approach to Covid passports has been shambolic from the start”.

Asked whether ministers were removing too many measures designed to keep the public safe, Mr said the Government should not be introducing coronavirus measures “just for the sake of it”.

He told The Andrew Marr Show: “There’s a lot of defences, we’ve just gone through some of them, that we need to keep in place, because this virus hasn’t gone anywhere.

“There’s still a pandemic so of course we need to remain cautious. But we just shouldn’t be doing things for the sake of it or because others are doing, and we should look at every possible intervention properly.”

Vaccine passports had caused growing disquiet among Tory ranks, as well as facing opposition from opposition parties and industry figures.

The decision means Covid measures in England again deviate from those in Scotland, where a motion on their introduction was passed in the Scottish Parliament on Thursday, while a decision is expected in Wales next week.

Stormont ministers have yet to reach an official position on using vaccine access passports within Northern Ireland.

Scottish First Minister Nicola Sturgeon said on Sunday that a “very targeted and limited system of vaccine certification… can help us reduce transmission in some higher-risk settings”.

The Government said a further 56 people had died within 28 days of testing positive for Covid-19 as of Sunday, bringing the UK total to 134,200.

Separate figures published by the Office for National Statistics show there have now been 158,000 deaths registered in the UK where Covid-19 was mentioned on the death certificate.

As of 9am on Sunday, there had been a further 29,173 lab-confirmed Covid-19 cases in the UK, the Government said.