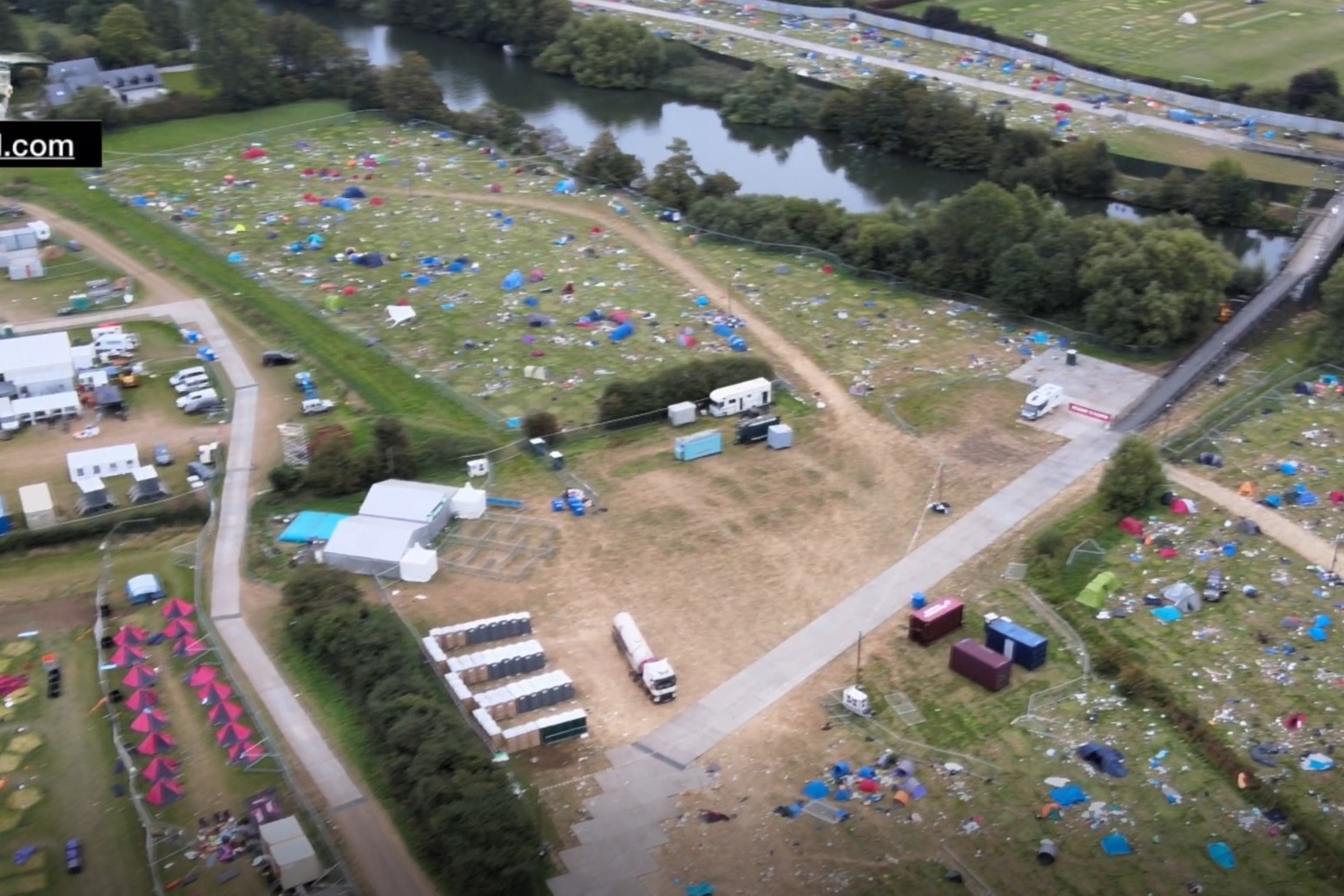 The clean-up has begun at Reading Festival after aerial footage of the site appeared to show large quantities of tents and rubbish that were left behind by attendees.

Video shot using a drone of the festival site at Little John’s Farm, which was taken at 5pm on Monday, showed tents and discarded items scattered in the camping area at the festival.

Lily Robbins, the festival’s sustainability manager, told the BBC that clearing up “always takes time, because we want to do it properly”.

“We have loads of different teams working together this year to actually get the site back to what it was looking like before we arrived,” she said.

She added that while some of the discarded tents will be taken by charities, most will undergo an “incredibly lengthy” recycling process.

“Unfortunately, tents are one of the worst things to try and recycle,” she said.

Melvin Benn, managing director of the Festival Republic group, which runs Reading Festival and its sister event Leeds Festival, previously told the PA new agency his aim had been to offer younger people a chance to live “freely” for a weekend.

Speaking in Leeds, he added: “Just walking out in the arena today in Reading and earlier this evening in Leeds, I think what the really interesting thing about it is, is that they come into an environment where they actually just don’t have to think about Covid.

“And actually it is one of the things I wanted to create, is a space where people can come and feel relaxed and comfortable and not looking over their shoulder really.

“It is a feeling of absolute joy because they really have – I don’t know if ‘abandoned their fear’ is the right term – but they are living freely.”