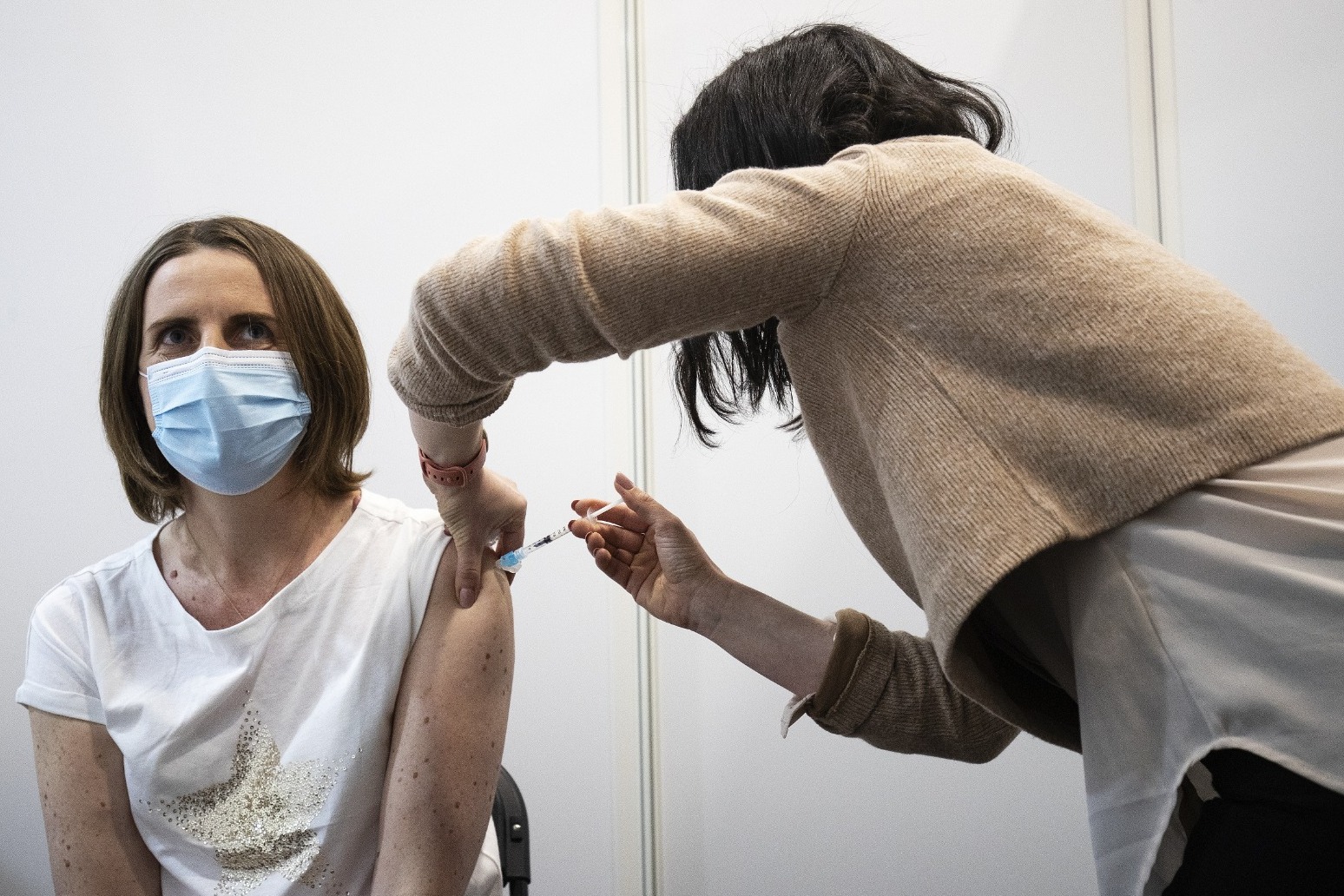 Almost 1.2 million letters were due to have landed on doorsteps by Saturday asking people to log on to the national booking service, with a further 1.2 million due to arrive this week.

Anyone unable to book online can call 119 free of charge between 7am and 11pm seven days a week, and those who receive a letter can choose from more than 100 vaccination centres or almost 200 pharmacy services.

GP-led vaccination sites will focus initially on the clinically vulnerable from cohort 6 because of the relationship between general practice and those with long-term conditions, and continuity of care.

The Joint Committee on Vaccination and Immunisation (JCVI) defines clinically vulnerable people as those with conditions including chronic respiratory disease such as chronic obstructive pulmonary disease (COPD), cystic fibrosis and severe asthma.

Anyone aged 65 to 69 who wants to wait to be called by their local GP vaccination service, or who has already received the jab, does not need to respond to their invitation.

Ministers are confident they will achieve their UK-wide target of getting an offer of a vaccine to those most at risk from the virus – including all over-70s – by Monday’s deadline.

But there is concern in Government at the rate of vaccine uptake among some communities – including some ethnic minorities.

Professor Stephen Powis, the national medical director of NHS England, told the PA news agency that he urges everyone who gets a letter to get the vaccine without hesitation.

He said officials have been working with faith groups and local community leaders to encourage everybody to come forward.

Asked about the idea that society will deal with Covid-19 in a similar way to the flu, Prof Powis said: “Well, we’ll be living with coronavirus for some time to come.

“We’ve already got over 18,000 people still in our hospitals with the consequences of Covid, so it’s really important at the moment that everybody is complying with those social distancing measures.

“Vaccinations will help, and of course as we vaccinate more and more people that means the Government can certainly begin to look at how those restrictions might be lifted.

“But our focus in the NHS is to ensure we get as many jabs into people’s arms as quickly as possible.

“So when you get the call – don’t hesitate, come forward, get your jab.”

Health Secretary Matt Hancock issued a direct appeal to anyone over 70 who has not had the jab to contact the NHS over the weekend to book an appointment.

Some regions have already started vaccinating people aged 65 to 69, with NHS England having previously said that people in this age group could get a vaccine if GPs have supplies.

Welsh First Minister Mark Drakeford said they had begun contacting some over-50s, while Scotland’s First Minister Nicola Sturgeon has said she expects many in the 65-69 age group to have had their first jab by the middle of this month after the vast majority of older people were vaccinated.

In Northern Ireland, the Department of Health is offering everyone over 65 a vaccine by the end of February as it works its way through priority groups four and five, although it is expected to help the UK meet its overall target.

“Thanks to the hard work of staff the NHS has protected more than 12 million of the most vulnerable people against Covid in a matter of weeks.

“This is an exciting moment as we now move on to those aged 65 and over and the clinically vulnerable as part of our plan to vaccinate as many people as possible who can benefit from it.

“However, if you have already been offered a jab but have not taken it up it is not too late. Please come forward and help us to help you.”

Mr Hancock said: “The vaccination programme is continuing at an unprecedented speed and, as we’re on target to offer vaccines to all those in the first four priority groups by Monday, we are determined to keep up the momentum by expanding it even further.”

Vaccine Minister Nadhim Zahawi said: “The NHS is working tirelessly to protect our loved ones from this terrible virus and I’m delighted the majority of people who are most at risk have now been offered a vaccine.”

Former US president Donald Trump has welcomed his acquittal, saying that his movement “has only just begun”. The US senate has acquitted former president Donald Trump of inciting the January 6 attack on the US Capitol. The vote gave Mr Trump a historic second acquittal in an impeachment trial. House Democrats, who voted a month ago to charge Mr Trump with “incitement of insurrection”, needed two thirds of the senate, […]