Dominos Pizza to expand drive thru services after Covid 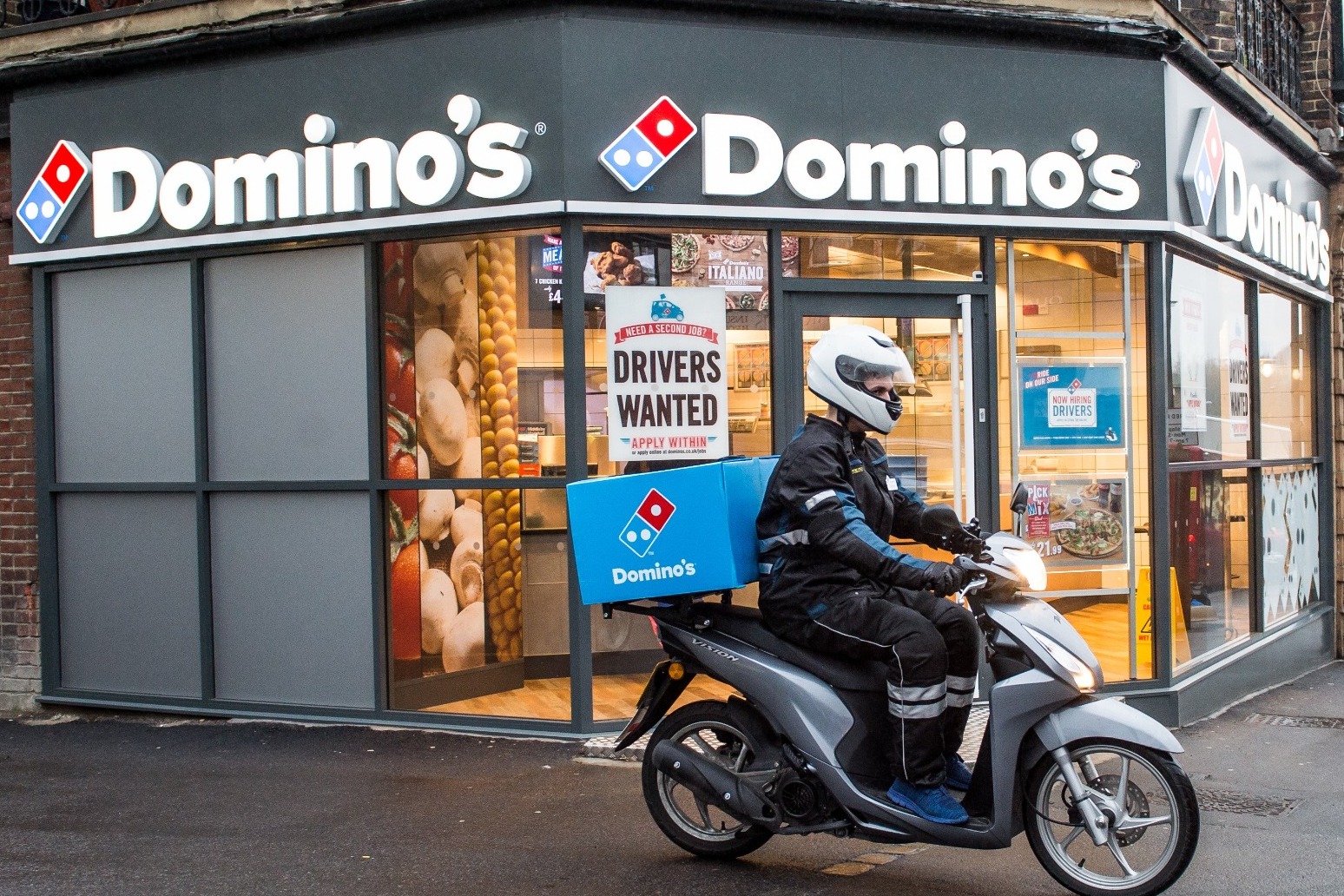 Domino’s Pizza enjoyed a boost in sales as lockdowns saw households order pizzas in record numbers and the chief executive said he had no concerns over the growing influence from soon-to-float Deliveroo.

Bosses added they hope to use the momentum gained during the pandemic to target more customers in future, including returning office workers, and increase the number of collections with a new drive-thru set up where staff bring pizzas to customers’ cars.

A further 200 stores are set to open “in the medium term” and a resetting of relations with franchisees is under way, after years of acrimony between the business and its operators.

The company added it spent £9 million on coronavirus support for franchisees to update their stores and continue trading under restrictions and social distancing.

The franchisees, who have had years of fractious run-ins with the company, have been made “an attractive offer… in an attempt to reset” the relationship by the current management.

Chief executive Dominic Paul explained that there are always some tensions within a franchisee relationship but improvements have been swift.

He told the PA news agency: “They were frustrated because they didn’t think that Domino’s had a clear enough longer term strategic plan, and that some of the foundations for growth weren’t strong enough.

“We’ve worked really hard on coming up with a clear vision of strategy, which we’ve done, and we’ve built the building blocks to enable us to execute that strategy.”

The 200 store expansion will be with old and new franchisees and Mr Paul hopes it will help Domino’s hit sales of £1.6 billion to £1.9 billion over the medium term.

One aspect to boost sales includes “turbo-charging” the company’s collection business, although the current Covid-19 restrictions have seen collections of pizza slump. It is currently only at 60% of the levels seen in 2019.

This includes targeting office workers and offering a drive-thru collection with 450 stores offering the service by June this year.

The boss explained: “We’re doing it in stores that have a car park or are very near a car park. You order on the app. You drive to the store and then someone will deliver the pizza to your car.”

Mr Paul added now was the right time to increase and expand the business and said he had no concerns with the rise of online delivery apps, including Uber Eats and Deliveroo.

Asked whether he was worried about the upcoming stock market listing of Deliveroo later this year, he said the competition actually helped because it increased the overall number of households using deliveries.

He said: “If we were running a poor operation for example, or we had a weak brand, I would be very concerned about the aggregators, but we run a great operation, we’ve got an incredibly strong brand, and we continue to innovate our product, which says to me, we just have an opportunity to take advantage of the growing delivery market.”

The comments come as the company said it has seen a strong start to the current trading year, particularly over the new year period as celebrations were cancelled and households were forced to stay in.

The company said this period saw Domino’s record its highest ever sales week.

A Parliamentary Inquiry into a link between head injuries and sport has begun. Professor Willie Stewart said on the balance of probabilities, head impacts were leading to long-lasting brain injuries in athletes across a range of sports, but said it would be a “virtual impossibility” to prove beyond a reasonable doubt. Stewart was speaking to MPs on the Digital, Culture, Media and Sport (DCMS) committee as they held their first […]