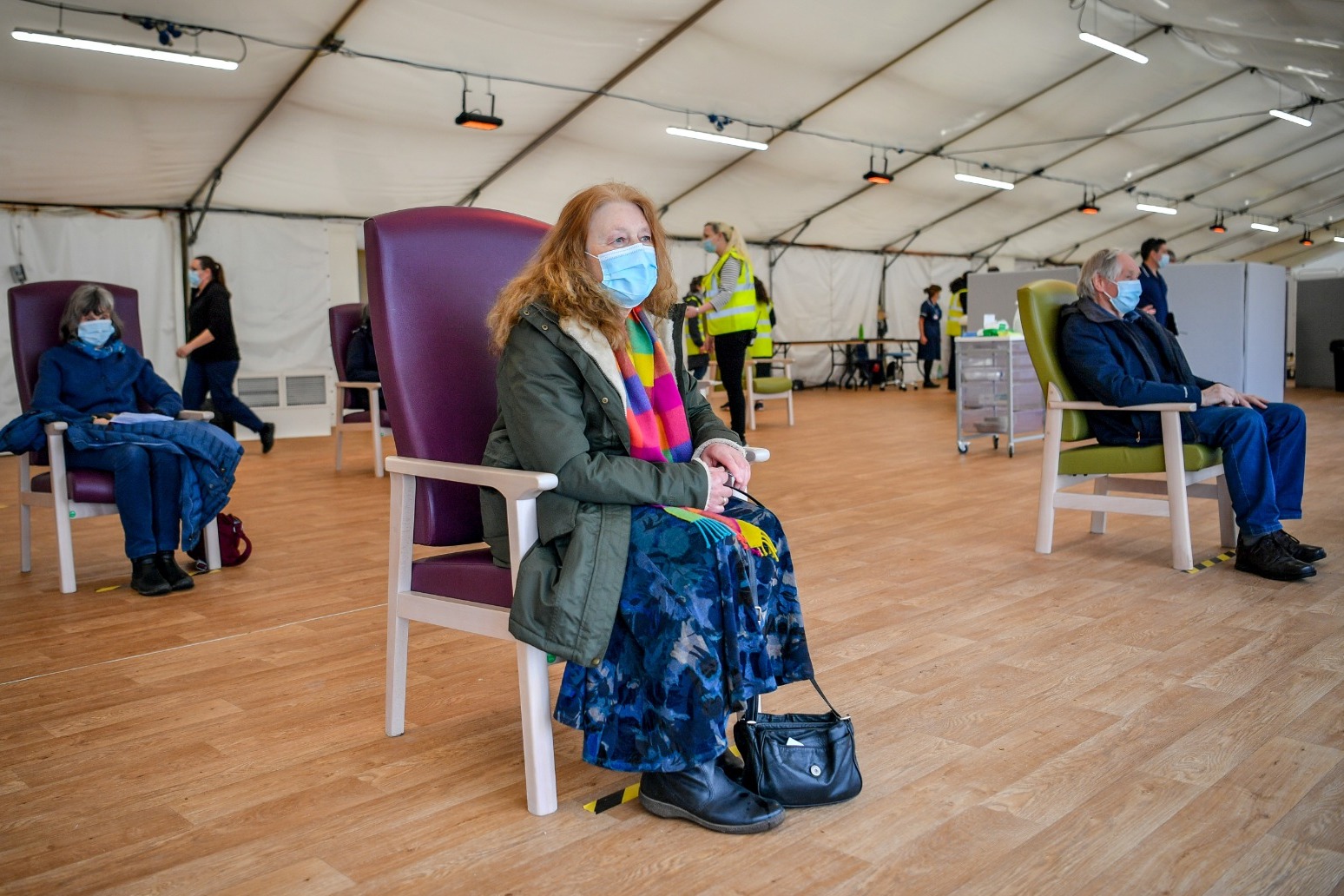 A fourth Covid-19 vaccine could be approved for use in the UK within weeks as late-stage trials suggested it was 89% effective in preventing coronavirus.

The UK has secured 60 million doses of the Novavax jab – to be produced on Teesside – which is believed to offer protection against the new UK and South African variants.

It was shown to be 89.3% effective at preventing coronavirus in participants in its Phase 3 clinical trial in the UK, which involved more than 15,000 people aged between 18-84, of which 27% were older than 65, Novavax said.

The vaccine will now be assessed by the Medicines and Healthcare products Regulatory Agency (MHRA), Prime Minister Boris Johnson confirmed, as he thanked volunteers who made the results possible.

Stan Erck, chief executive of Novavax, told the BBC the manufacturing plant in Stockton-on-Tees should be up and running by March or April, with the company hoping to get approval for the vaccine from the MHRA around the same time.

Health Secretary Matt Hancock said the NHS stands ready to roll out the vaccine if it is approved, which he said would provide a “significant boost to our vaccination programme and another weapon in our arsenal to beat this awful virus”.

The chairman of the Government’s Vaccine Taskforce, Clive Dix, said the results were “spectacular”, adding: “The efficacy shown against the emerging variants is also extremely encouraging.

“This is an incredible achievement that will ensure we can protect individuals in the UK and the rest of the world from this virus.”

The jab has shown around 60% effectiveness against the South African variant, which has been worrying scientists due to concerns vaccines may not work against it, but it offered 86% protection against the new UK strain.

Two vaccines have already been rolled out in the UK – from Pfizer and Oxford/AstraZeneca – while a third from Moderna has been approved for use.

The Novavax jab would be delivered in the second half of 2021 if it receives MHRA approval.

The development came amid a deepening row between the European Union and AstraZeneca over vaccine supply shortages in the bloc.

Brussels has demanded doses be sent from British plants to make up for a shortfall, but Cabinet Office Minister Michael Gove said the Government will not allow vaccines intended for the UK to go to the EU.

However, German MEP Dr Peter Liese warned the UK it would be acting like former US president Donald Trump if it pursued a “UK first” contract for the vaccines.

“If it’s true what some say that the UK had a “UK first” contract – that it’s guaranteed that they will get everything and everybody else has to suffer – then this is like Donald Trump. He did a US-first policy,” he told the BBC’s Newscast podcast.

“That’s why we have a huge problem. For the BioNTech/Pfizer vaccine, there are two plants. One in the EU and one in the US. And the US doesn’t export even to Canada. Everything comes from the European Union.

“We cannot be the only one who plays fair in this game. If others say, ‘UK first’, ‘US first’, then we have to say, ‘EU first’, but I hope – I really hope – this will be sorted out and everybody will get its fair share.”

The Guardian suggested the EU could block millions of coronavirus vaccines from being exported to the UK within days in response to shortages in the bloc.

Scotland’s First Minister Nicola Sturgeon was accused of siding with the EU by suggesting she may publish details of coronavirus vaccine supplies arriving in the country as early as next week.

Douglas Ross, the Scottish Tory leader, said such a move would be “deeply irresponsible”.

The UK Government previously claimed that setting out how many doses are expected and when could breach commercial confidentiality.

Meanwhile the European Medicines Agency (EMA) is expected to approve the Oxford/AstraZeneca vaccine for use in the EU on Friday, although it is not yet clear whether it will set an age limit.

German authorities have said there is currently “not sufficient data to assess the vaccination effectiveness from 65 years”.

But Public Health England (PHE) said data on the immune response for those aged 65 and over had been “reassuring”.

The Prime Minister also argued that the evidence shows that the vaccine “provides a good immune response across all age groups”.

– First Minister Mark Drakeford will confirm later on Friday the lockdown will remain in force in Wales for another three weeks, with the Welsh Government to allow primary school pupils to begin returning to their desks after the February half-term if coronavirus rates continue to fall.

– The Government said a further 1,239 people died within 28 days of testing positive for Covid-19 as of Thursday, while there were another 28,680 lab-confirmed cases of coronavirus in the UK.

– More than twice the proportion of the white British population of England are likely to have received their first dose of Covid-19 vaccine compared with the black population, provisional figures from NHS England indicated.

– Researchers from University College London found that people are exercising less, spending more time watching TV and gaming, and are less happy in this lockdown compared with the first.

Manchester United have condemned the “mindless idiots” who racially abused Axel Tuanzebe and Anthony Martial on social media and have called for stronger measures “to prevent this kind of behaviour”. Ole Gunnar Solskjaer’s men fell to a shock 2-1 loss to the Premier League’s bottom side Sheffield United at Old Trafford on Wednesday. That defeat sparked a torrent of online abuse aimed at United’s players, including racist abuse aimed at […]