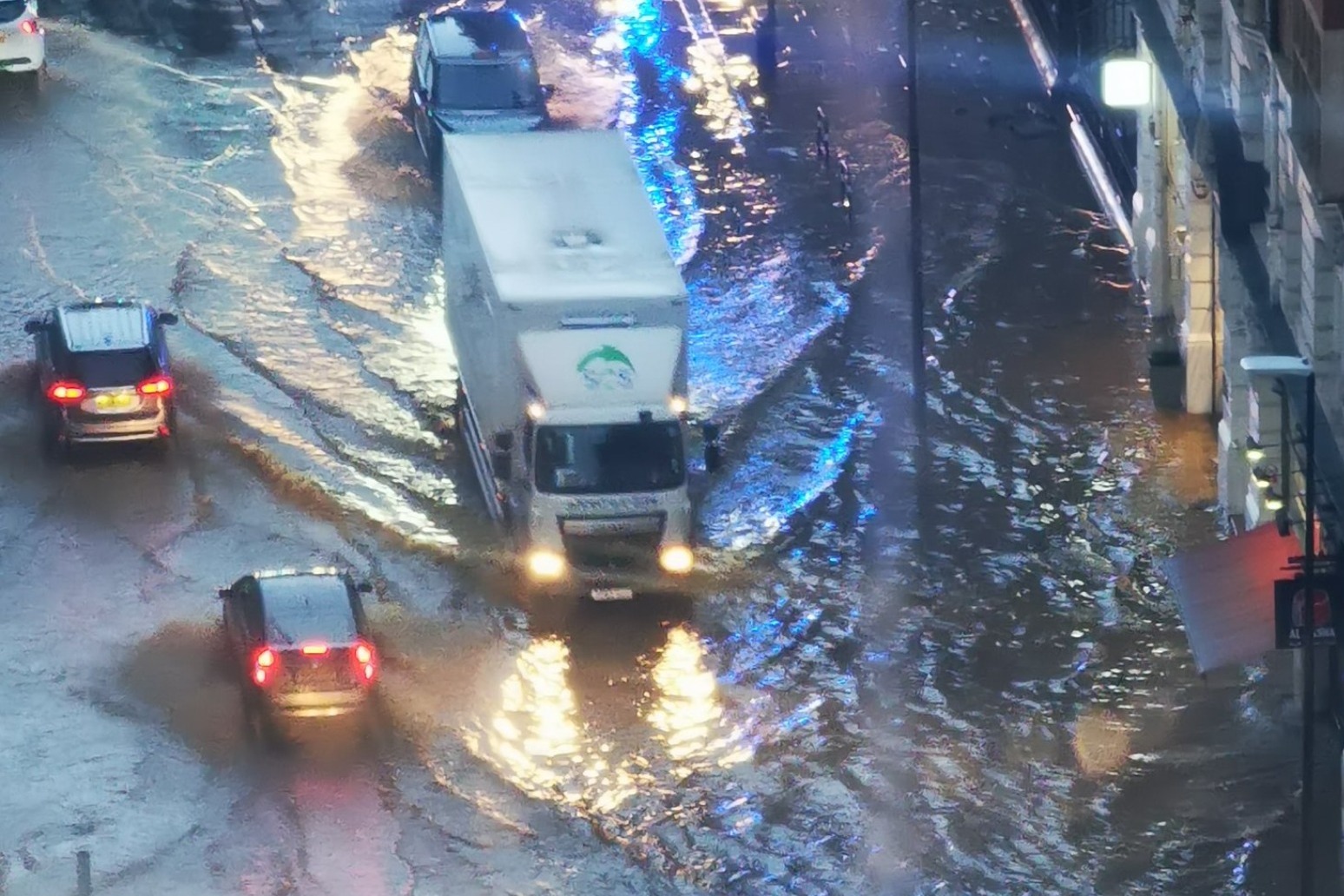 Heavy rain is set to hit northern areas of England on Tuesday following flash flooding in the south overnight.

Dozens of flood alerts are in place throughout the day at scattered locations across the UK after commuters captured images of London buses ploughing through floodwater on Monday night.

The Met Office has issued a yellow weather warning for rain covering northern areas of England until 10pm.

Meteorologist Grahame Madge has said the North East could experience up to 50mm of rain throughout the day – even higher levels than those recorded in the South overnight.

An HGV was captured making huge ripples through floodwater on the A4 between Hyde Park Corner Underground and Knightsbridge Underground stations in central London on Monday night.

Nearby St James’ Park was hit with 35mm of rainfall in just six hours after midnight, the Met Office has said.

Mr Madge said 26mm of this rainfall was recorded over just one hour between 3am and 4am.

Storrington in West Sussex also experienced 30mm between midnight and 6am, while Market Bosworth in Leicestershire had 29mm.

Mr Madge said north-eastern areas of England could experience up to 50mm of rain on Tuesday, while cars have been seen ploughing through deep flood water on the roads in Whitley Bay, Tyneside.

He said: “The rainfall is subsiding for much of the country now, but the low pressure system is going out into north-east England and south-east Scotland.

“It will still be a bit showery elsewhere, but the main downpours are converging over the North East.”

“The forecast for the next few days in England show high pressure moving in, leading to more settled weather,” he added.

Strong winds are also predicted to compound the rain on the east coast.

The Environment Agency has issued 54 flood alerts for areas where flooding is possible, and four flood warnings across England.

Scattered locations in London, Birmingham and Cumbria are covered by the flood warnings, which mean disruption to homes, travel and power is likely.

The Scottish Environment Protection Agency (Sepa) has issued flood alerts for Edinburgh and Lothians and the Scottish Borders, while Natural Resources Wales has one in place along the North Wales coast.