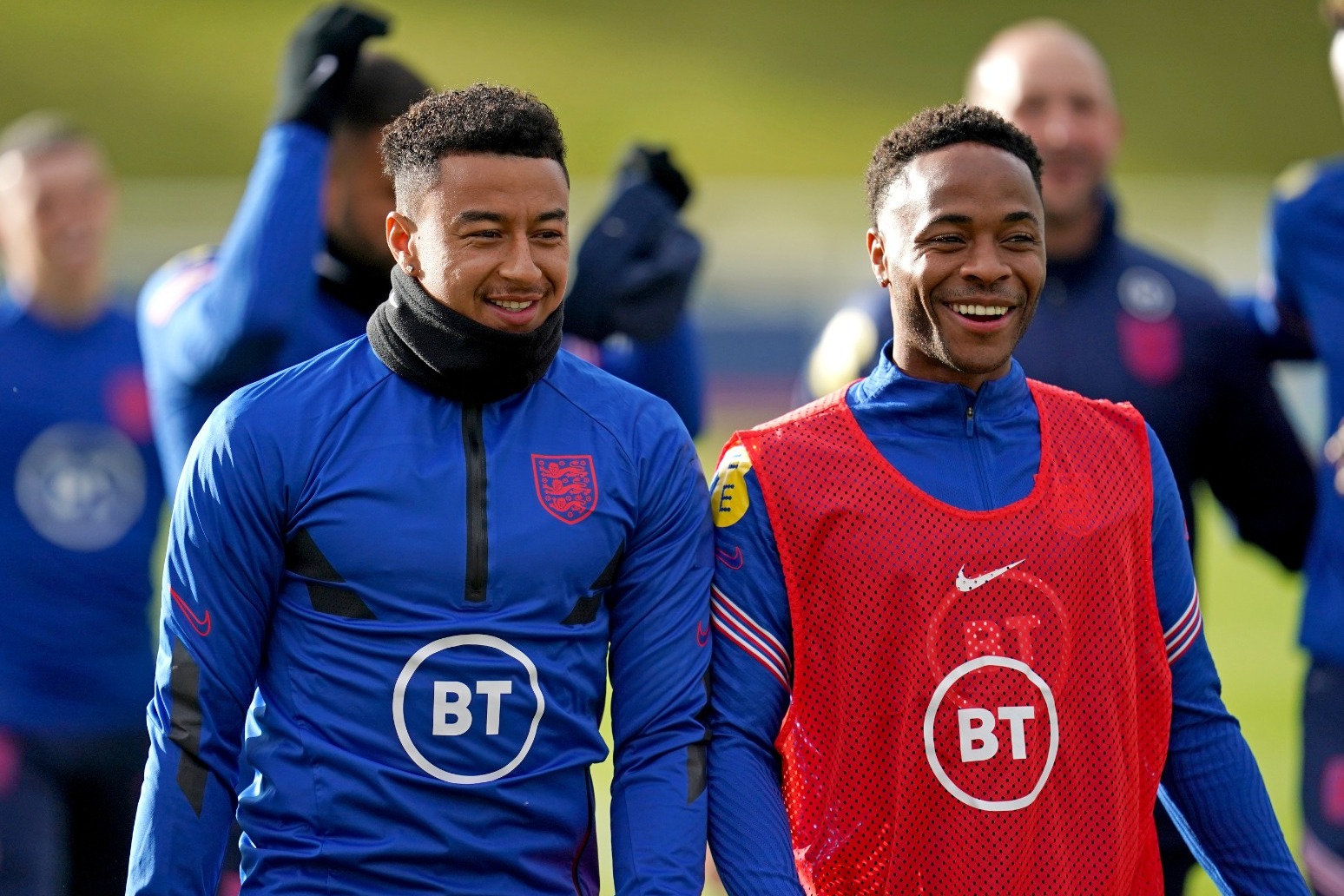 Jesse Lingard insists missing out on a place at Euro 2020 is driving him to earn a spot in Gareth Southgate’s England squad at the World Cup.

The 28-year-old appeared destined to be nowhere near Southgate’s consideration for a place in his squad this summer only to shine on a loan spell at West Ham to bring himself into contention.

The Manchester United forward ultimately missed the cut but was recalled for the September internationals – scoring twice in the 4-0 World Cup qualifying win over Andorra at Wembley.

He has been retained in the squad for the upcoming games away to Andorra and at home to Hungary despite struggling for minutes at United.

Lingard will now have ambitions of breaking into Ole Gunnar Solskjaer’s side before earning a spot at the 2022 World Cup and not face the same disappointment as this summer.

“Yes, it gives you more hunger and motivation to be playing in the biggest of tournaments and games,” he replied when asked if missing out on England’s run to the final of Euro 2020 drove him on.

“It’s always hard. Considering where I was for a period of time, not playing as much and not in the England squad, to get into the 33 man squad shows what you can do with hard work and belief.

“I was disappointed to miss out but I was still there supporting the boys through thick and thin. “They had a great chance after getting into the final but we have to move on quickly and prepare for the new season.

“I’ve been with England for many years and I’ve seen camps change over the years but at the moment I think the camps I’ve been at now are one of the best.

“The togetherness and the team spirit, Gareth’s really got us set up right. The games we’re going into, there’s real confidence and we’re trying to obviously get through the qualifiers.”

While Lingard has been largely sidelined at United this season, his new club-mate Jadon Sancho has failed to hit the ground running since moving to Old Trafford from Borussia Dortmund this summer.

The 21-year-old was racially abused on social media after missing a penalty in the Euro 2020 final shoot-out defeat to Italy.

Southgate admitted last week that Sancho’s form since joining United was not worthy of an England call-up but that he wanted to show continued belief in the winger.

“I think it’s going to take some time to adapt,” Lingard said of Sancho.

“Jadon’s been around long enough, he knows football inside out and the PL can be tough. He’s adapting. We’ve seen glimpses. He’s only going to get better. We have full confidence and hope in Jadon to succeed.”

While Sancho has struggled to make an impact, Cristiano Ronaldo’s return has had an immediate influence on the Red Devils.

“You can learn so many things from him. He’s one of the best players in the world. To have him back home is perfect for us at the moment.

“He’s really humble. He’s a positive person. To be learning different things off the field as well as on it has been really good. I think he can really help out the team this season.”