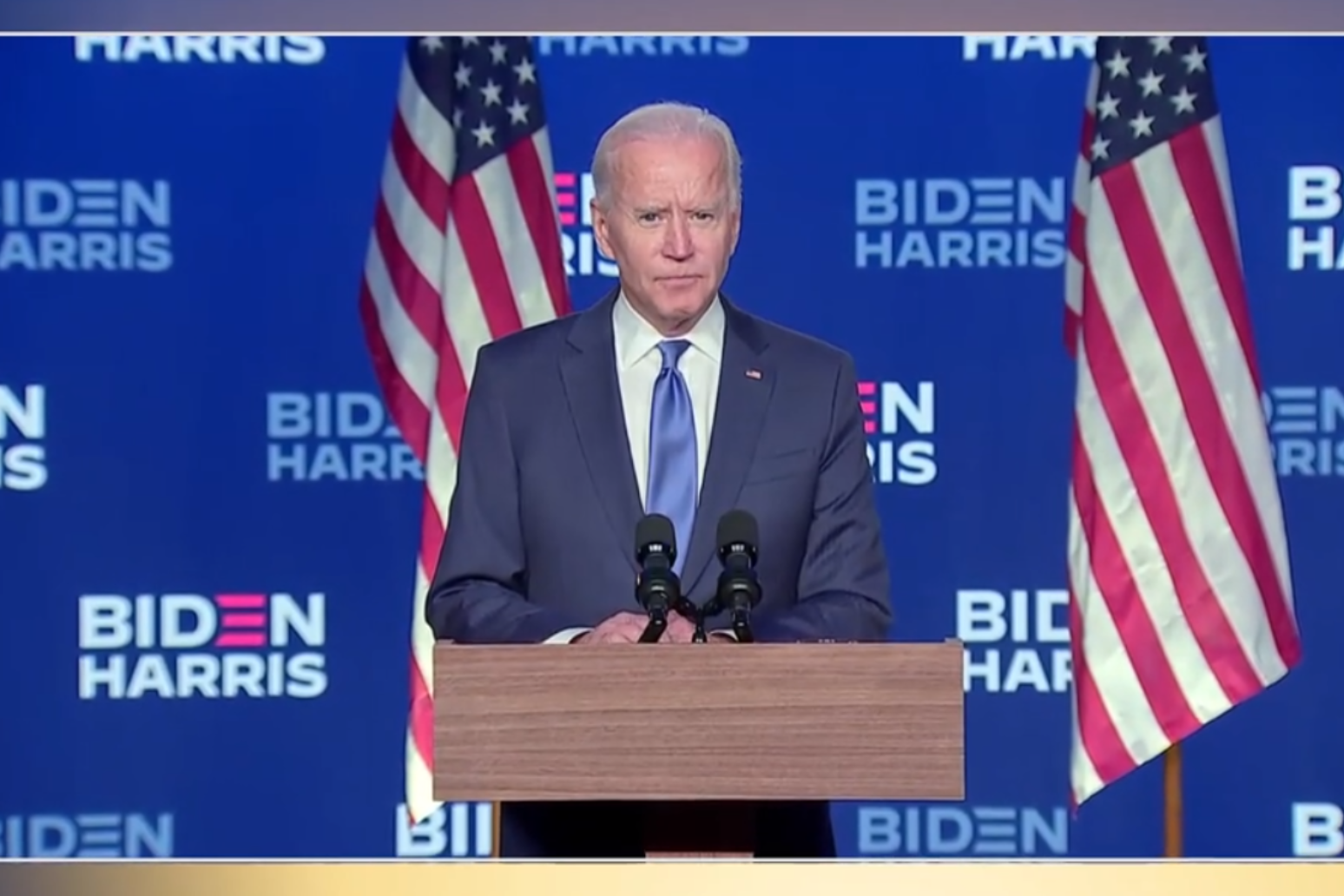 Democrat Joe Biden has surpassed the 270 electoral college votes needed to beat Donald Trump in the race to the White House.

Barack Obama has said he “could not be prouder” to congratulate President-elect Joe Biden and Vice President-elect Kamala Harris, saying they will have won “a historic and decisive victory” once all votes are counted.

“We’re fortunate that Joe’s got what it takes to be President and already carries himself that way,” he said.

“Because when he walks into the White House in January, he’ll face a series of extraordinary challenges no incoming President ever has – a raging pandemic, an unequal economy and justice system, a democracy at risk, and a climate in peril.

“I know he’ll do the job with the best interests of every American at heart, whether or not he had their vote.”

Prime Minister Boris Johnson tweeted: “Congratulations to Joe Biden on his election as President of the United States and to Kamala Harris on her historic achievement.

“The US is our most important ally and I look forward to working closely together on our shared priorities, from climate change to trade and security.”

Ellen DeGeneres wrote: “So much history has been made today. Congratulations, President-elect @JoeBiden and MADAM VICE PRESIDENT-ELECT @KamalaHarris!”

“Congratulations @JoeBiden and @KamalaHarris! We have a lot to do to overcome today’s challenges. Let’s work together!”

The President of the European Council Charles Michel tweeted: “Congratulations to @JoeBiden and @KamalaHarris

“(The EU) is ready to engage for a strong transatlantic partnership.

“COVID-19, multilateralism, climate change and international trade are some of the challenges which Europe wants to address together.”

James Corden wrote on Twitter: “I hope President Biden allows himself just a little malarkey this evening. He’s earned it.”

Foreign Secretary Dominic Raab tweeted: “While some of the processes are still playing out, it is now clear @JoeBiden has won.

“Congratulations to the President-elect & @KamalaHarris on their historic victory, which saw them win more votes than any candidates in US history.”

He added: “It was a close contest and @realDonaldTrump fought hard.

“Looking forward to working with the new administration – the UK US friendship has always been a force for good in the world.”

TV presenter Chrissy Teigen has been a frequent critic of Mr Trump, who once called her “filthy-mouthed”.

After Mr Biden’s victory was announced, she tweeted: “My god it feels like I just took off a weighted blanket, unhooked my bra and taken out my extensions all at once.”

House of Representatives Speaker Nancy Pelosi tweeted: “We kept the republic! Congratulations to Joe Biden on his victory for the soul of our country.

“Congratulations to Kamala Harris for making history. It’s a time to heal and a time to grow together. E Pluribus Unum.”

“And to @KamalaHarris; the first female, black and Indian-American to hold the country’s 2nd highest office.

“Look forward to working with you to build on the strong links between Wales and USA.”

“Sabina and I, and the staff at Aras an Uachtarain, have the warmest memories of Joe Biden’s two visits to us.

“The bonds between the peoples of Ireland and the United States are close and strong, and I look forward to our two countries working together to rebuild the much-needed trust in the methods and institutions of national and international solidarity and co-operation.”

He added: “That solidarity is indispensable if we are to address the urgent challenges of our time, including such diverse issues as the need to address the cause and consequences of the Covid-19 pandemic, climate change, global poverty, hunger, migration and the digitisation of our economies, all issues on which the president-elect has expressed a commitment.

Over 15 million minks to be culled in Denmark Minks in Denmark were infected with the virus that causes Covid-19 following exposure from infected humans, the World Health Organisation (WHO) said. All non-British national or resident travellers who have been in or transited through Denmark in the last 14 days will be denied entry into the UK due to widespread outbreaks of coronavirus in the country’s mink farms. The WHO […]