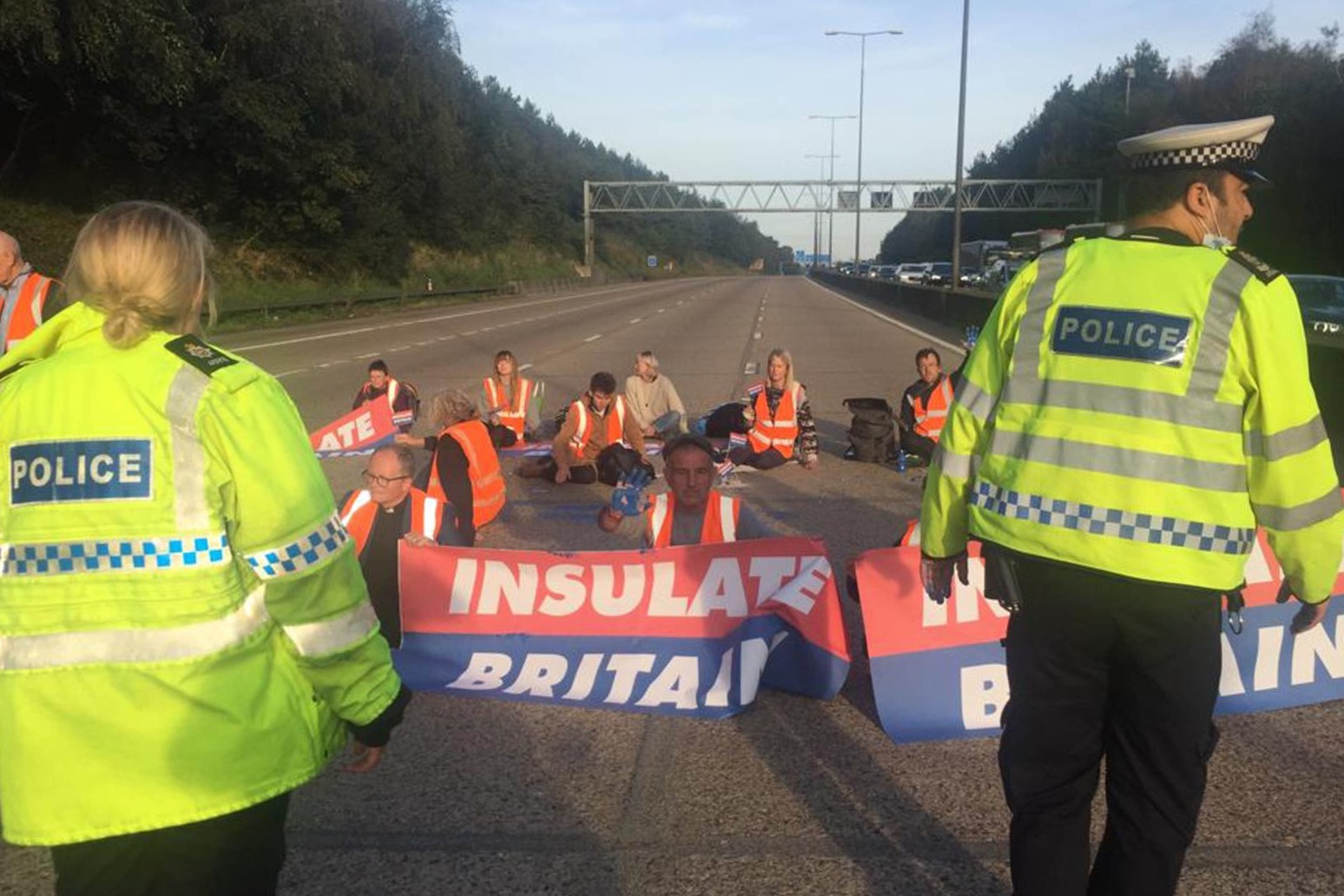 Environmental activists have indicated they will continue blocking the M25 despite a High Court injunction.

Insulate Britain said in a statement that “right now our campaign goes on”.

It has shut down parts of the M25 five times in just over a week.

The Government successfully applied to the High Court for an order which prohibits anyone from blocking the M25.

“We will not tolerate lives being put at risk,” she said.

“Those who continue to do so risk imprisonment.”

In its statement, Insulate Britain, which is calling for Government action on home insultation, wrote: “We do not know the terms of the injunction and right now our campaign goes on.

“We appreciate that Priti Patel is in a difficult position. Like her, our biggest concern is law and order and our national security.

“In focusing on us, Priti Patel is missing the bigger picture.”

It added: “As soon as the Government makes a meaningful statement that we can trust, we will leave the motorway.”

On Tuesday, Surrey Police arrested 38 activists from the group who had targeted junctions nine and 10 of the M25.

Footage taken at the scene by LBC showed the protesters walking on to the motorway and sitting down on the ground in front of moving traffic.

Some then held up banners and poured blue paint on to the road, before they were dragged away by officers.

He continued: “This is not a benign supermarket car park that this is taking place on.

“The people most likely to come to harm at the moment is probably initially police officers who are having to run across motorways to try and remove protesters as well as ironically keep them safe from themselves.”

The High Court order, which officially came into force on Wednesday morning, prohibits anyone from “blocking, endangering, slowing down, preventing, or obstructing the free flow of traffic onto or along or off the M25 for the purposes of protesting”.

The order also forbids causing damage to the motorway’s surface or any apparatus around it, “locking on” to any other person or object on the road, erecting a structure, tunnelling nearby, entering the motorway unless in a vehicle, abandoning any vehicle or item with the intention of causing an obstruction and refusing to leave the area when asked by police.

Mr Justice Lavender, who granted the injunction, said there will be a further hearing on October 5 at 10.30a