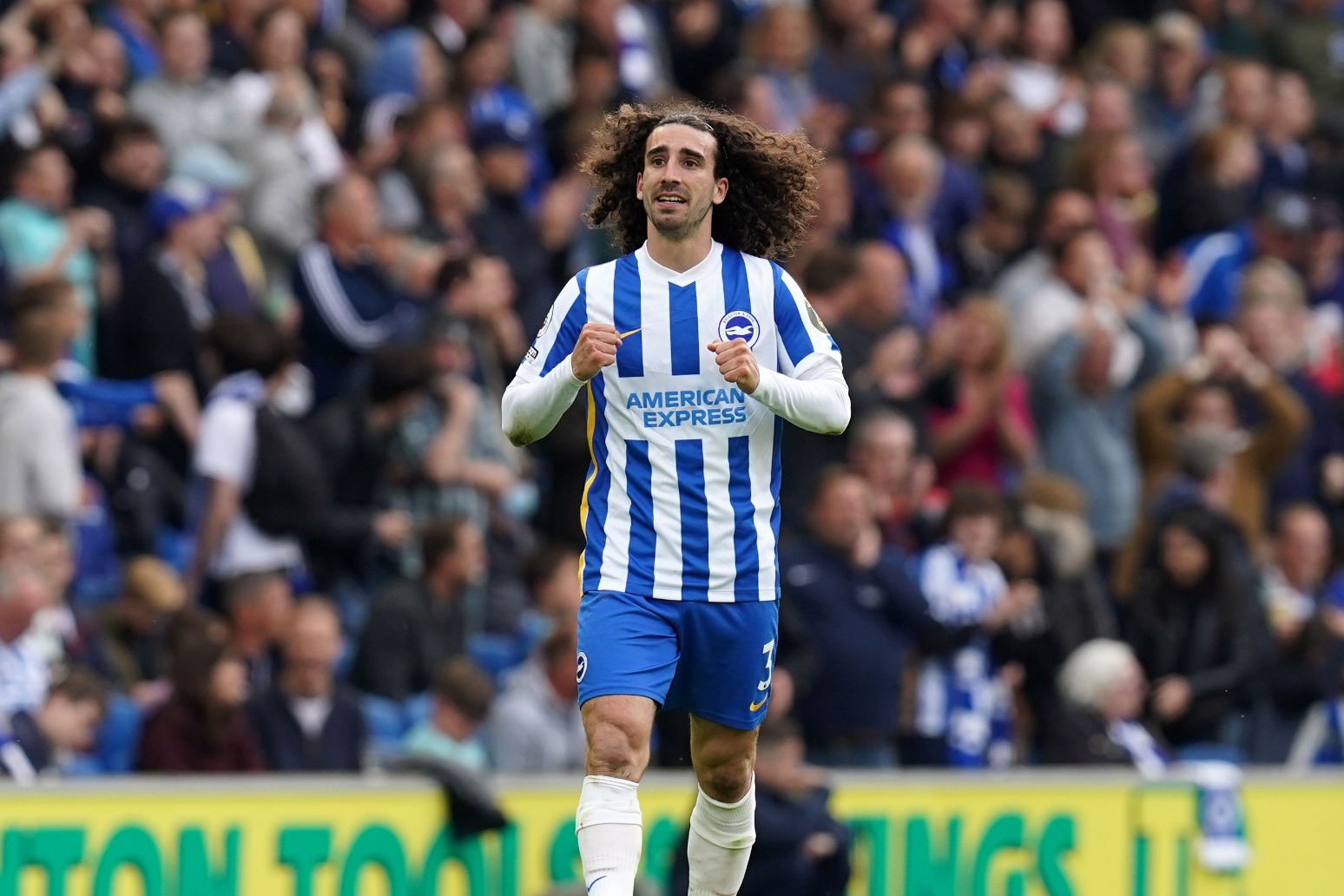 Marc Cucurella will be available for Chelsea’s Premier League opener at Everton after the Blues completed his £60million signing from Brighton.

The 24-year-old defender has signed a six-year contract at Chelsea, with Brighton negotiating a club-record sale in the process.

Levi Colwill has also made his season-long loan switch to Brighton in a deal separate from Cucurella’s Chelsea transfer, but that had to be completed for both transfers to be sealed.

Chelsea have stumped up a major fee for Cucurella where Manchester City baulked at the asking price earlier in the summer, with manager Thomas Tuchel delighted by the new addition.

Tuchel also revealed Cucurella’s arrival will help ease the pressure on England wing-back Ben Chilwell, who will need time to hit top form on the long recovery after knee surgery.

“It helps in depth and in quality, and it helps with Ben, to escape the pressure of I have to deliver and we need you absolutely now.

“We have of course at the moment in this position Marcos Alonso, Kenedy and Emerson.

“But hopefully when things go through Marc is the option on this position.

“And I think he can play very well in the back three, so it’s a bit of a profile of Azpi (Azpilicueta) on the left side. He gives us many options.

“Especially for Ben, he’s very, very ambitious, he couldn’t wait to come back to team training.

“Ben looks better and better but a the same time it seems he needs a little more time to adapt to the rhythm and physicality of the match itself, which is absolutely normal.

“It’s not only about training and training exercises and little pitches, it’s at the end a very, very demanding league.

“And we have to take care about him, it’s our responsibility, so we can’t just throw him in and see what happens.

“He is impatient and we will never expect him to be fully patient, but he knows as we speak a lot about it that everything needs its time, and he will get the time and still we will try to put him on the pitch as soon as possible.

“Because he’s a huge asset for us on the left side with his speed and repetition of intensity.”

Cucurella’s arrival hands Tuchel the kind of depth and quality at wing-back he has craved ever since his first days at Stamford Bridge.

Highly-rated Colwill’s loan to Brighton represents another boost for Chelsea, with the Seagulls having pushed hard initially to recruit the 19-year-old on a permanent deal.

“I’m really happy, it’s a big opportunity for me to join one of the best clubs in the world and I’m going to work hard to be happy here and help the team,” said Cucurella.

“Marc is an elite defender of proven Premier League quality and he further strengthens our squad going into the new season,” said Boehly.

“We continue to work on and off the pitch, and we’re delighted Marc will be a part of the present and future at Chelsea.”