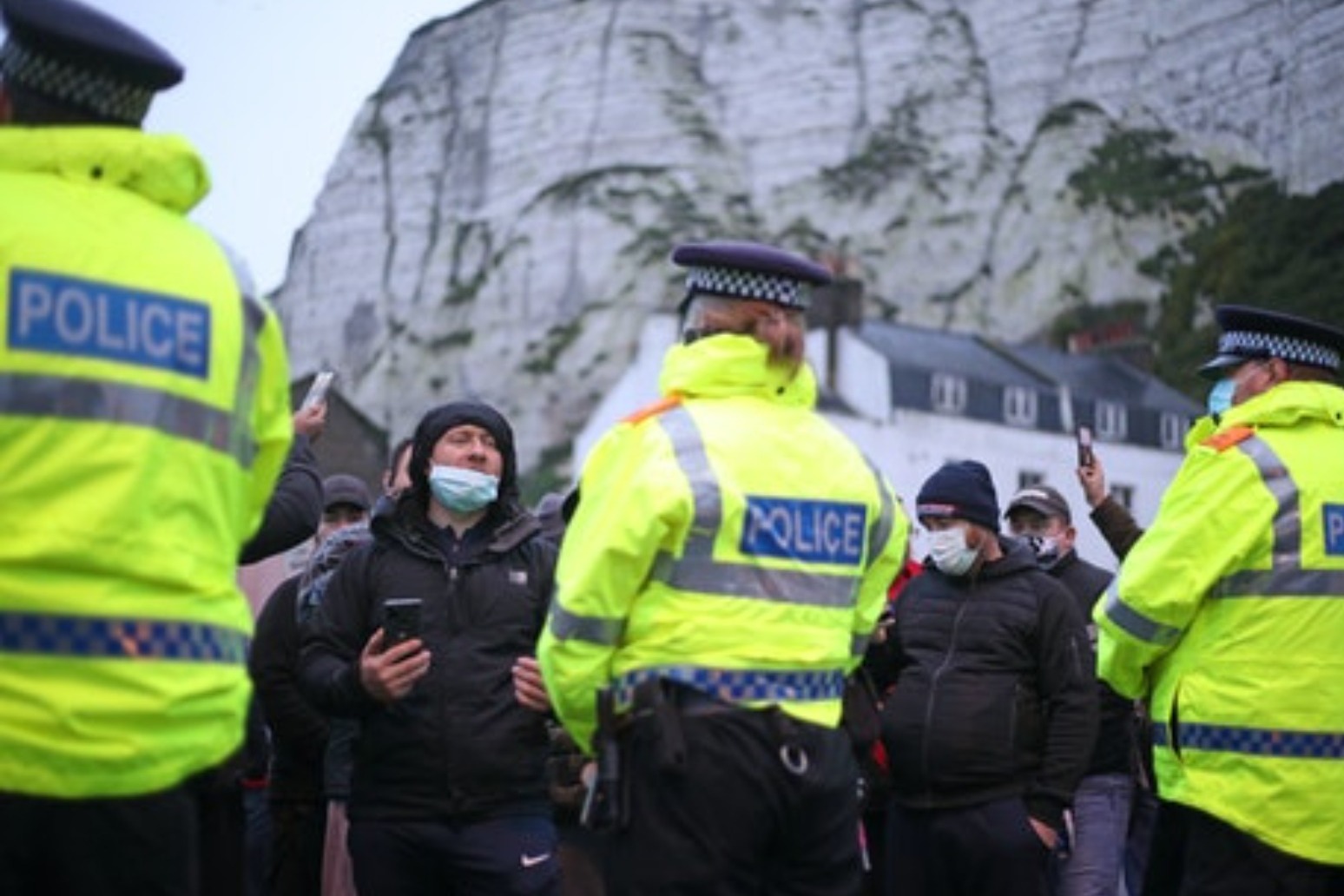 A mass testing programme for lorry drivers will get under way on Wednesday to alleviate congestion at ports after an agreement was reached to reopen the border between France and the UK. French authorities announced that journeys from the UK will be allowed to resume after the coronavirus ban was lifted, but those seeking to travel must have a negative test result.

It comes amid reports further areas of England could be placed into Tier 4 restrictions on Boxing Day.

The Daily Telegraph reported that the Covid-O operations committee was expected to meet on Wednesday morning to decide whether more areas should face tougher restrictions, with an announcement the same day.

Labour leader Sir Keir Starmer has written to the Prime Minister to say his party would back any Government moves to tighten restrictions if that is what scientists recommend.

Transport Secretary Grant Shapps confirmed on Tuesday evening that rapid lateral flow tests – which can give results in about 30 minutes – will be used to test HGV drivers at the ports.

The French authorities will be carrying out similar testing on hauliers entering the UK.

More than 2,800 HGVs were stuck in Kent on Tuesday afternoon as a result of the disruption, and Mr Shapps warned it could take until Christmas for congestion to be relieved near ports.

He said: “We have managed to get all those tests to Kent, enough for all the vehicles which will want to return before Christmas, so that won’t be an issue.

“Obviously there’s a physical issue of providing the test, getting the results. A negative test allows you to leave.

“But all of that requires operationalising and that can’t happen in an instant, so this will take two or three days for things to be cleared.”

The Transport Secretary has urged hauliers not to travel to Kent until further notice.

Elizabeth de Jong, policy director at business group Logistics UK, said it was “vital” that testing procedures are “stood up fast to ensure drivers can be processed and get home for Christmas safely”.

She added: “The backlog of traffic across the region will take time to clear so hauliers should wait for further news before travelling to Kent.”

The protocol agreed with the French government will be reviewed on December 31 – but could run until January 6, the Department for Transport (DfT) said.

The travel ban was imposed in response to fears about the spread of the more infectious coronavirus strain, which is spreading in the UK.

In a press release, the French foreign affairs ministry said that from 11pm UK time (midnight in France) there would be a “limited resumption of the movement of people from the United Kingdom to France subject to negative health tests sensitive to the variant”.

The statement said that a negative test result, taken less than 72 hours before the journey, is required and this can be either a “PCR or antigen test” sensitive to the new variant.

Those who can make journeys include French and EU residents, British or third-party nationals who normally live in France or the EU, as well as some other groups.

The French decision to ease its restrictions came after the European Commission recommended a joint approach from EU members in response to the mutant VUI 202012/1 coronavirus.

The World Health Organisation’s European chief Hans Kluge said limiting travel to contain the spread of the new variant was “prudent” until there was more information, but supply chains for “essential goods” and essential travel “should remain possible”.

– Official figures showed a further 691 people had died within 28 days of testing positive for Covid-19 as of Tuesday and there had been another 36,804 lab-confirmed cases of coronavirus in the UK.

– More than 84,000 deaths involving Covid-19 have occurred in the UK, according to analysis of official statistics.

– Soldiers from the British Army have been called in by the Welsh Ambulance Service to drive its vehicles and support teams responding to emergency callouts.

Scotland’s First Minister Nicola Sturgeon has apologised after she breached Covid rules by taking off her face mask at a funeral wake. A photograph published in the Scottish Sun showed the First Minister chatting to three women in a bar while standing at a distance but without wearing a mask. Under Scottish Government coronavirus rules, customers in hospitality venues must wear a face covering except when seated and must wear […]