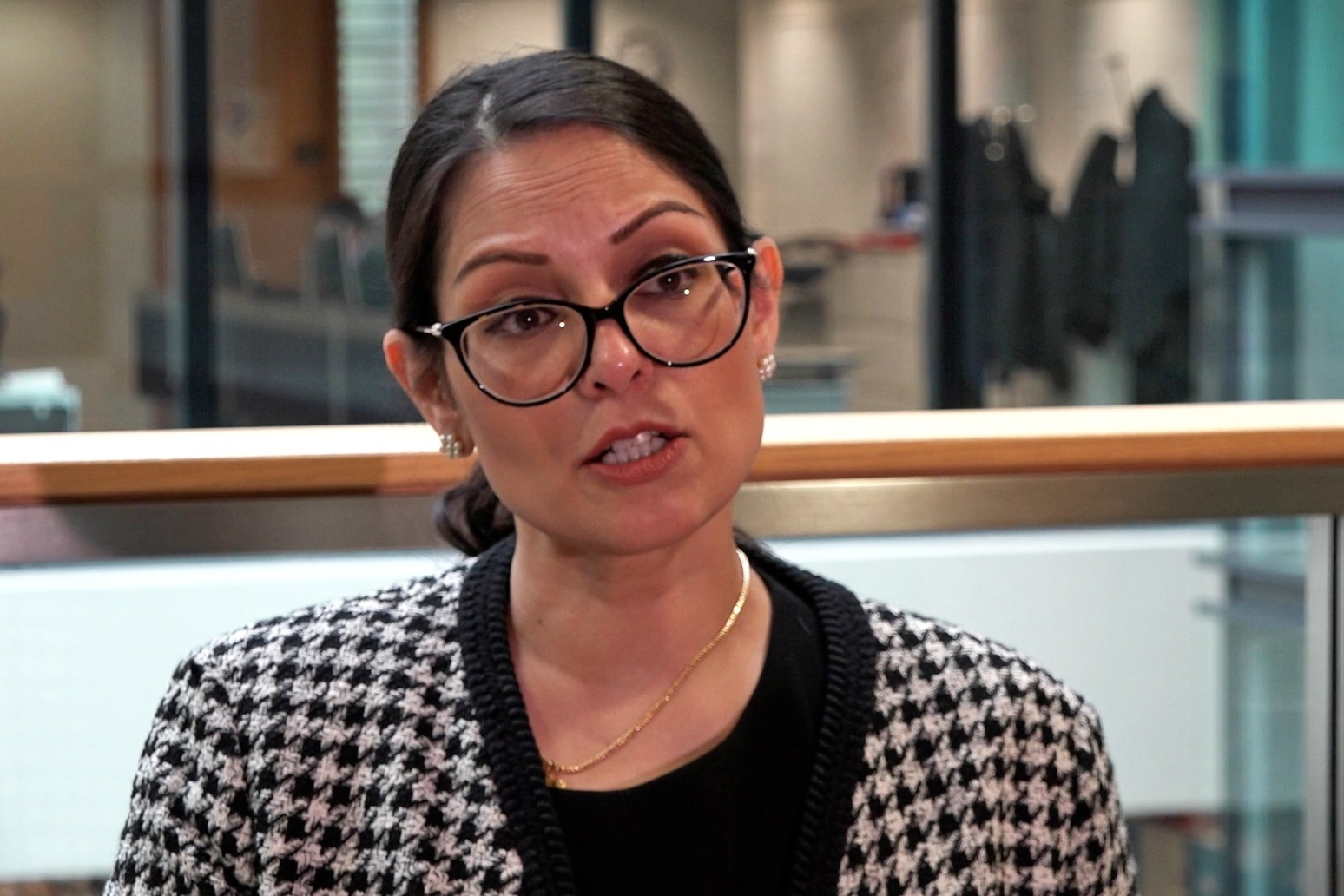 “Serious questions” need to be answered by the Metropolitan Police, the Home Secretary has said, as she backed Dame Cressida Dick in the wake of Sarah Everard’s murder.

The Met commissioner faced more calls to step down amid demands for urgent action to restore the confidence of women in the police after Wayne Couzens was handed a whole life sentence for the killing.

Earlier this month her contract was extended by two years, which means she will continue to lead the Met until 2024.

Speaking at the Home Office, Priti Patel said: “There are questions, serious questions that need to be answered by the Metropolitan Police … from the very day that Sarah went missing, I have been, clearly, in contact with the Metropolitan Police and putting forward some questions around the conduct of the potential suspect at the time and all the requirements and checks that should have been put in place.”

When asked if Dame Cressida should resign, she said: “I will continue to work with the Metropolitan Police and the commissioner to hold them to account as everybody would expect me to do, and I will continue to do that.”

Describing Couzens as a “monster” and the case as “sickening” and an “appalling tragedy”, Ms Patel said: “It is right that he has been given a whole-life tariff and with that he can never walk the streets of our country again.”

The Chief Inspector of Constabulary Sir Tom Winsor told BBC Radio 4’s The World At One: “Cressida Dick is not responsible for the individual acts of every police officer, including a police officer of the appalling criminal intent of Wayne Couzens.

“Cressida Dick has a great deal of support from her officers and has led the force with distinction.”

Labour leader Sir Keir Starmer also rejected calls for the commissioner to be replaced, telling ITV’s Good Morning Britain: “I was pleased that her contract was extended and I support her.”

Met Deputy Commissioner Sir Stephen House told the London Assembly’s police and crime committee the actions of Couzens “constitute a gross betrayal of everything in policing that we believe in, everything that the Met stands for”, adding: “He was one of us and we need to look at ourselves very, very carefully to understand, a, how was he allowed to be one of us, and what does it say about us as an organisation that he was.”

He said the case has raised questions on recruitment and vetting, adding: “We know we have to work to rebuild trust and confidence, and we will do all we can to achieve that.”

Officers are being instructed to allow phone calls to the control room, if necessary, to confirm their identify when they present a warrant card to the public, he said, adding: “We know we have to go further to achieve trust and to prove identity of plain clothed officers.

“And we are prepared and keen to do that.”

Harriet Harman, the MP for Camberwell and Peckham, who is also mother of the House of Commons and chairwoman of the Joint Committee on Human Rights, has asked Ms Patel to take urgent action to “rebuild the shattered confidence of women in the police service”, and told Dame Cressida she needs to step aside to “enable these changes to be taken through”.

She set out a number of changes needed, including swifter suspensions over allegations of violence against women, and dismissals when crimes are proven, as well as tougher disciplinary action for those who fail to report colleagues and stricter vetting checks for new recruits and transfers.

The case comes against a backdrop of concerns in how the criminal justice system addresses what is being described as an epidemic of violence against women and girls.

Anna Birley, co-founder of Reclaim These Streets and a Labour councillor, said “very little” has changed since Ms Everard’s death, telling the PA news agency: “The Government needs to stop dilly-dallying and take tangible action to stop women from being killed.”

Labour’s shadow home secretary Nick Thomas-Symonds called for an “urgent investigation” to make sure nothing like this ever happens again, while chairman of the Commons Home Affairs Committee Yvette Cooper said police forces must not dismiss the actions of Couzens as a “one-off” as “the system clearly completely failed to stop him or to root him out at a much earlier stage when it should have done so”.