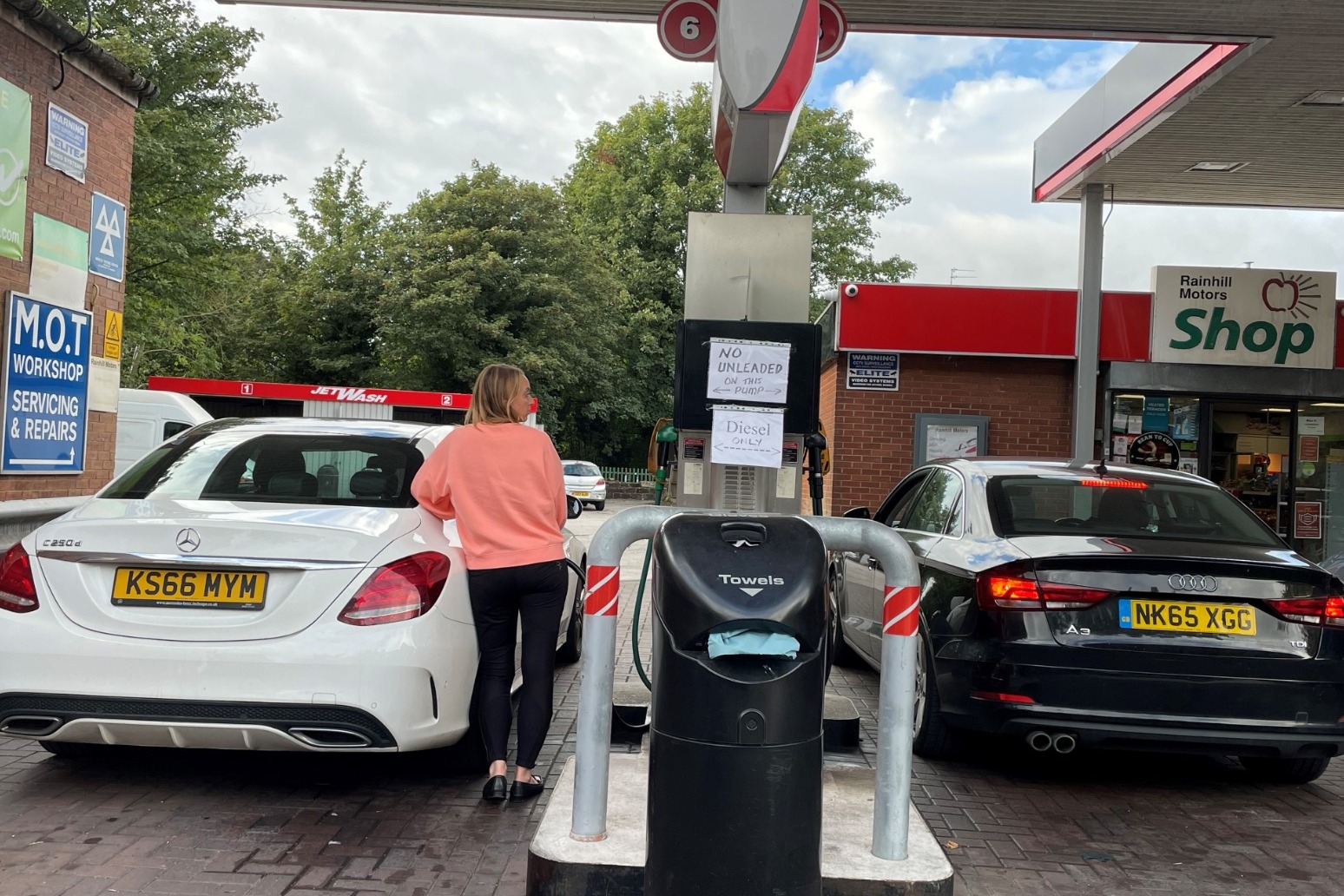 Motorists are being hit by fuel prices rising to an eight-year high amid shortages at filling stations.

RAC figures show the average price of a litre of petrol across the UK increased from 135.87p on Friday to 136.59p on Sunday.

Pump prices have not been that high since September 2013.

The RAC warned that the situation could worsen as retailers pass on the cost of rising wholesale prices.

“With the cost of oil rising and now near a three-year high, wholesale prices are being forced up which means retailers are paying more than they were just a few days ago for the same amount of fuel.

“This has led to the price of a litre of unleaded already going up by a penny since Friday.

“We might yet see higher forecourt prices in the coming days, irrespective of the current supply problems.

“We are also aware of a small number of retailers taking advantage of the current delivery situation by hiking prices, so we’d remind drivers to always compare the price they’re being asked to pay with the current UK averages which are 136.69p for petrol and 138.58p for diesel.”

Comedian Paul Chuckle took to Twitter to express his outrage at being charged 15p per litre more than the price advertised on the sign at a filling station.

Howard Cox, founder of campaign group FairFuelUK, said price rises of between 5p and 10p per litre have become “the norm in the last few days”.

He went on: “I’m hearing in Ashford, Kent, they were all queuing up for fuel at one filling station on the A20 in Maidstone on Saturday.

“Supermarkets remain at about £1.33. Ironically it seems petrol is the one being hiked most, hitting ordinary families, with diesel less so.”

Tory MP Craig Mackinlay said: “It’s disappointing to see reports of pump price profiteering in some areas of the country.

“The recent spike in demand for petrol and diesel caused by the confected panic has led to unnecessary pressure at our fuelling stations.

“But I would urge retailers not to take advantage of the situation. Drivers have long memories.

“Many people need the freedom and flexibility of the car to do their work in crucial sectors so all should act responsibly in filling up their cars, but we also need trustworthy pricing at the pumps.”