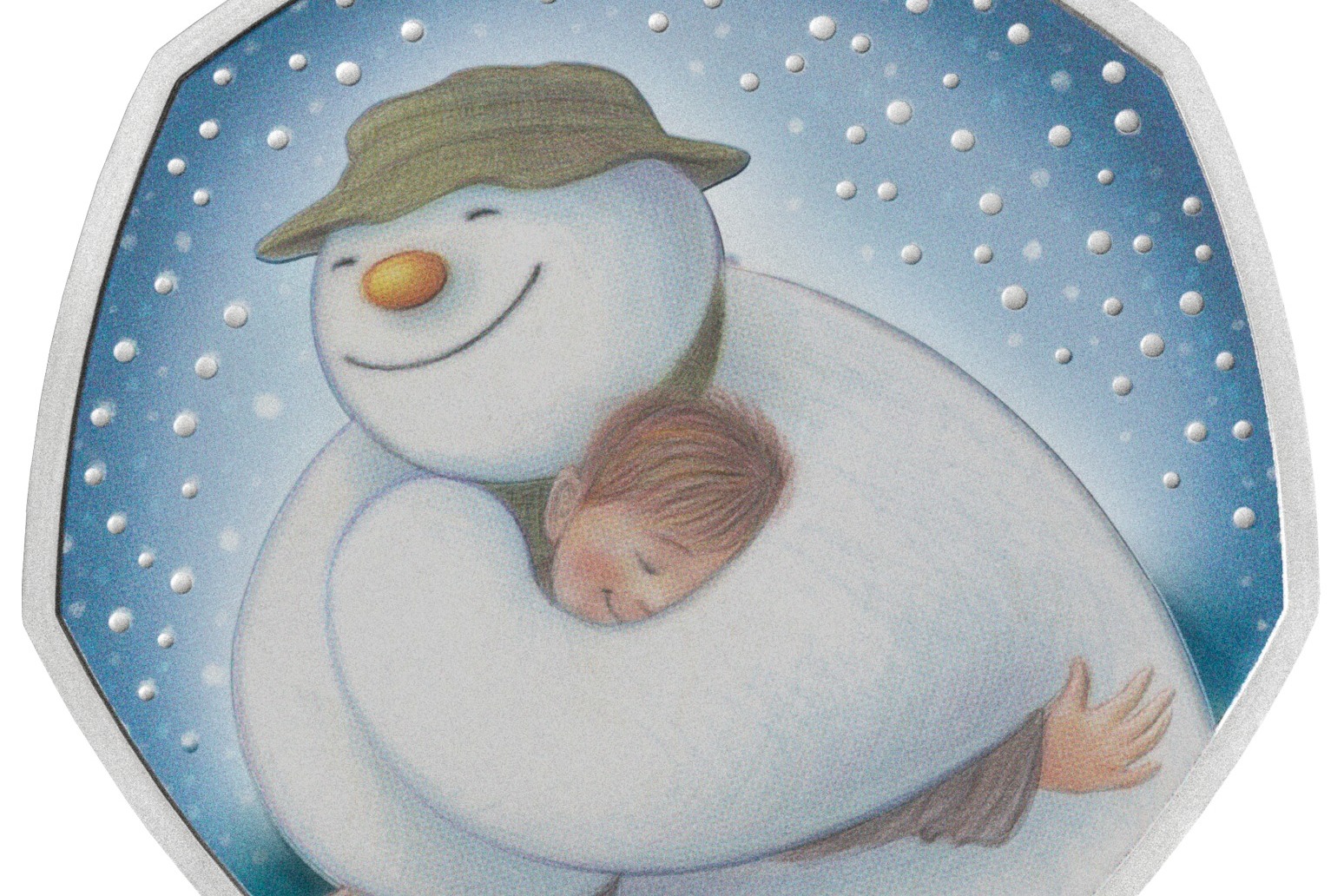 One of Britain’s most famous festive characters will feature on a new collectable 50p coin.

The Snowman, the much-loved animation created by illustrator Raymond Briggs, will feature on the commemorative coin this month.

The design was created by animator Robert Shaw, who was also the art director on The Snowman And The Snowdog, the sequel to the original Oscar-nominated film.

First published in 1978 and adapted for television in 1982, Raymond Briggs’ heartwarming story has become a Christmas tradition for many families and continues to delight young and old alike.

The 2020 Snowman coin, which comes in a range of finishes including silver proof, gold proof and colour, shows the character James and The Snowman hugging.

It is the third commemorative Snowman coin released by the Royal Mint, with previous coins released in 2018 and 2019.

Mr Shaw said: “In a year where many of us have been separated, The Snowman helps remind us of the importance of a hug and our love for one another.

“In creating the 2020 design I wanted to capture this unique bond between The Snowman and James in recognition of Raymond Briggs’ timeless tale which unites us each Christmas.”

To celebrate the new coin, the Royal Mint has worked with Mr Shaw to create a “sketch-a-long” for fans on its website, which will provide hints and tips to help budding animators create their own Snowman drawings to share online with the hashtag #SnowmanSketchalong.

“I’m looking forward to seeing all the fantastic drawings created through our special The Snowman sketch-a-long,” Mr Shaw said.

“As a child I was inspired by Raymond Briggs’ 1978 book and the 1982 television adaptation, so I’m excited to see what this generation of budding illustrators and animators comes up with.”

Clare Maclennan, divisional director of the commemorative coin division at the Royal Mint, said: “Raymond Briggs’ classic characters are a tradition of the festive season for many families across the country, and we’re delighted to continue The Snowman and James’s adventures on a 50 pence.

“Each year our coins celebrating The Snowman prove incredibly popular with adults and children alike, and we hope this year’s design depicting a hug will be a poignant addition to the collection.”

The coin is for commemorative purposes only and will not be released into general circulation.

MPs have backed the new system of coronavirus tiers for England as Boris Johnson survived the threat of a significant revolt from Conservative rebels to pass the restrictions. The support paves the way for 99% of England to enter the toughest Tier 2 and 3 restrictions when the second national lockdown ends on Wednesday. The House of Commons voted by 291 votes to 78 – a Government majority of 213 […]