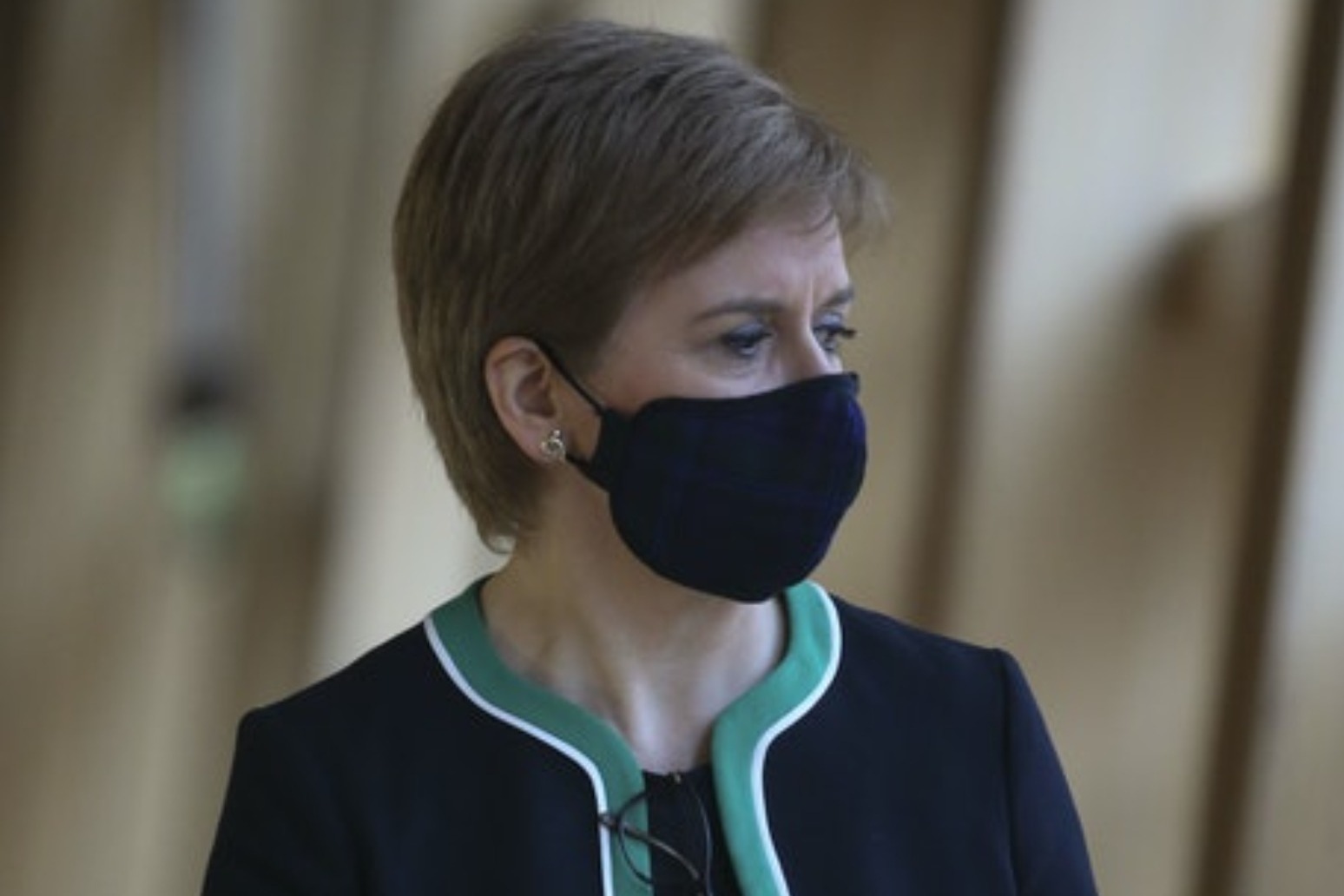 Scotland’s First Minister Nicola Sturgeon has apologised after she breached Covid rules by taking off her face mask at a funeral wake. A photograph published in the Scottish Sun showed the First Minister chatting to three women in a bar while standing at a distance but without wearing a mask.

Under Scottish Government coronavirus rules, customers in hospitality venues must wear a face covering except when seated and must wear one when moving around.

Ms Sturgeon was attending a funeral wake for a Scottish Government civil servant.

She said: “Last Friday, while attending a funeral wake, I had my mask off briefly. This was a stupid mistake and I’m really sorry.

“I talk every day about the importance of masks, so I’m not going to offer any excuses.

The Scottish Sun reported that she was at the Stable Bar and Restaurant after attending a funeral at the nearby Mortonhall Crematorium.

“It’s a blunder that an ordinary member of the public wouldn’t get away with. There cannot be one rule for Nicola Sturgeon and another for everyone else.”

Under coronavirus regulations introduced on September 14 in Scotland, face coverings for customers and staff are mandatory when entering, exiting and moving around hospitality venues.

The rules state: “There is an exemption for when customers are seated for the service of food and drink and for back of house roles such as kitchen staff or staff who are behind protective screens separating them from customers.”

Those who breach the face covering rules can face a £60 fine.

“She has apologised for accidental lapse (which I suspect most of us have had one over last 9 months).

“I’ve known her for 15yrs & she is her harshest critic. I am sure most ppl will understand, accept apology & move on.”

Government borrowing surged to a record £31.6 billion in November as efforts ramped up to support the economy through the second wave of the pandemic, official figures have shown. The Office for National Statistics (ONS) said last month’s borrowing – excluding state-owned banks – soared by £26 billion year on year and marked the highest seen in November and the third highest in any month since records began in 1993. […]