Nursery closed after death of child 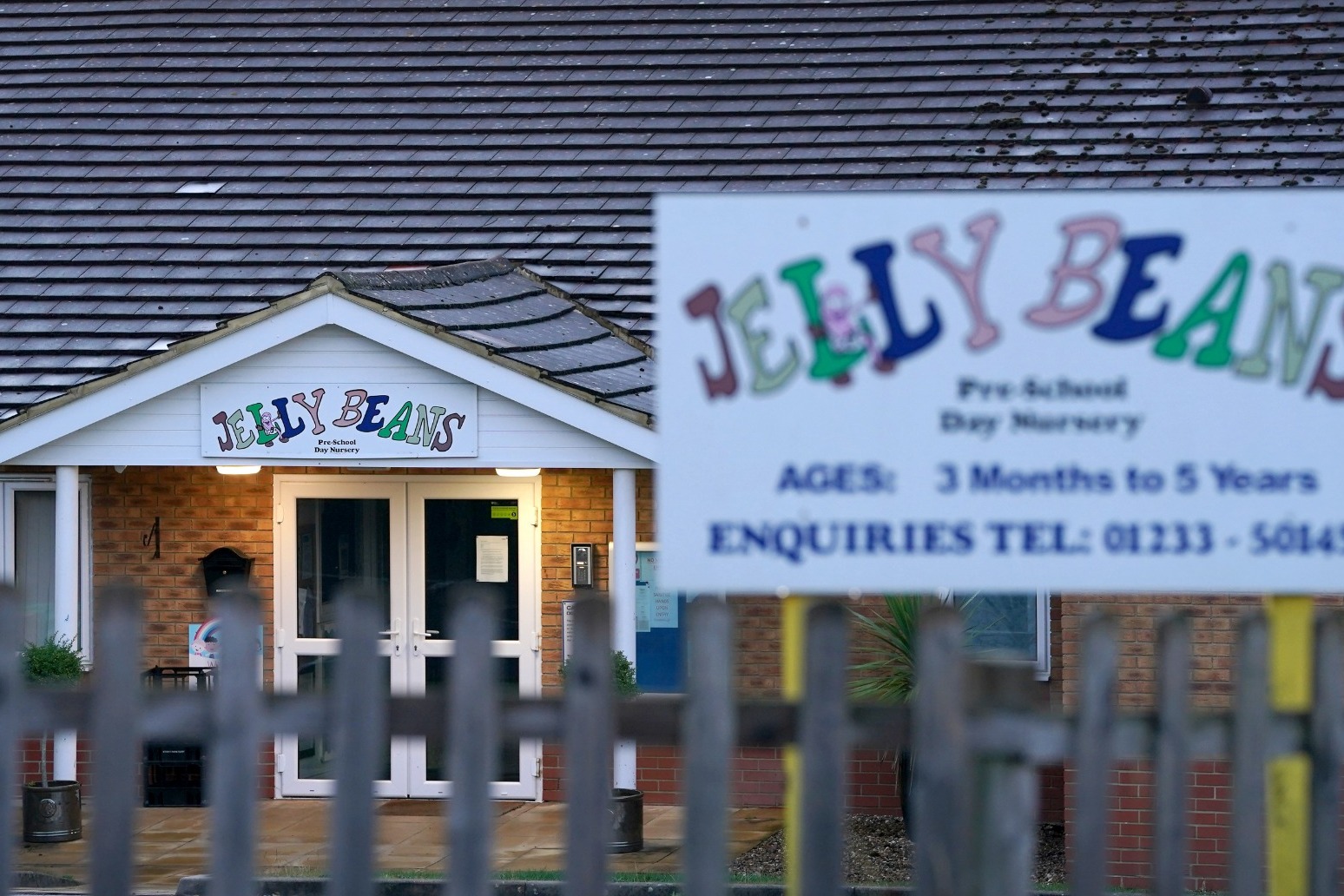 A nursery has been closed amid “serious safeguarding concerns” following the death of a child.

Jelly Beans Day Nursery in Ashford, Kent, was closed by Ofsted after an infant suffered a medical emergency on September 23 and later died.

Further details about the child’s death have yet to be revealed as investigations continue.

A statement from the nursery said: “Following a medical emergency at the nursery involving a child on Thursday 23rd September, Ofsted served a notice of suspension of registration for a period of six weeks for the purposes of an investigation.

“The nursery will remain closed for the period of the suspension. We have today been notified that the child who was subject to this medical incident has tragically died.

“We extend our deepest sympathies to the family who are in everyone’s thoughts.

“Due to the ongoing investigations by the various agencies involved, we are unable at this time to make any further comment.

“We have been cooperating fully with all relevant authorities and will continue to do so.”

A spokesperson for Ofsted said: “We have suspended the nursery’s registration due to serious safeguarding concerns.

“It will remain closed while investigations continue.”

The incident comes five years after a toddler at the daycare centre was given an overdose of prescription medication.

This resulted in Ofsted downgrading it from “good” to “inadequate” before a further inspection in 2018 restored its “good” rating.