Owner of Geronimo the alpaca calls for Environment Secretary to resign 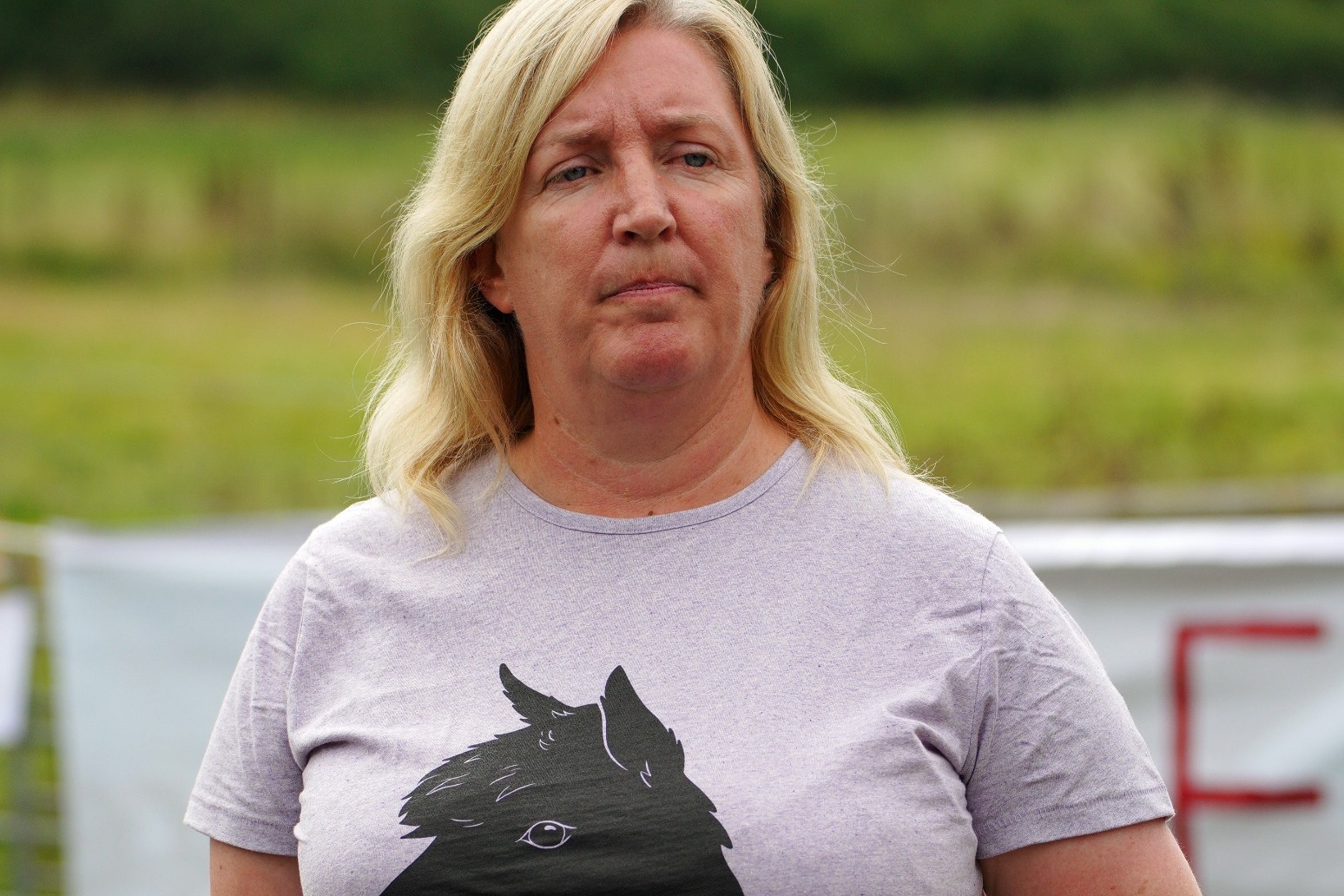 The owner of Geronimo the alpaca has called on the Environment Secretary to resign, accusing him of “murdering an innocent animal” days before a warrant for the animal’s destruction was due to expire.

Police officers and staff from the Department for Environment, Food and Rural Affairs (Defra) arrived at Helen Macdonald’s farm near Wickwar, south Gloucestershire, at 10.45am on Tuesday.

Campaigners, who had been camped out at the property for weeks, loudly protested as the Defra staff, wearing overalls, masks and goggles, rounded up the alpaca in his enclosure.

Geronimo, who had twice tested positive for bovine tuberculosis, was tied with white rope before being scanned for a microchip then pulled through a field to a waiting trailer.

The trailer and police escort left the farm at 11.20am and by 12.40pm, Defra confirmed that the animal had been euthanised by staff from the Animal and Plant Health Agency (Apha).

In a statement, Defra said that a court warrant, which was due to expire on September 4, had been used to seize Geronimo from the farm and euthanise him.

Ms Macdonald insists that bovine tuberculosis tests previously carried out on the alpaca returned false positives and has been campaigning for his destruction to be halted.

She had applied in writing for an independent witness to be present when a post-mortem examination was carried out on Geronimo, who came to the UK from New Zealand in 2017.

However, on Tuesday evening she posted a letter to her Twitter account that appeared to be from the Government Legal Department.

This stated that Apha “was not in a position to accommodate” her request for her vet to observe the post-mortem examination “for health and safety, Covid-19 and site security reasons”.

It added: “The examination proceeded in accordance with standard operating procedures for suspected TB clinical cases and TB test-positive animals, which do not allow for the obtaining of samples for private testing”.

Ms Macdonald tweeted: “Citing Covid and security reasons are appallingly weak excuses to block an independent observer to the post-mortem of Geronimo.

“This is an immensely arrogant and blatant continuation of their mission to conceal their processes and act without transparency and fairness”.

She said: “I am calling for George Eustice’s resignation.

“The Secretary of State has acted in bad faith, refusing to engage with us to discuss a research solution that would further the Government’s very own objectives.

“Instead he has resorted to bullying and cowardly tactics, hiding behind Government lawyers and refusing to listen to us.

“He has murdered an innocent animal rather than doing something productive and good for this country and small farmers like me.

“He is unfit to hold office.”

Ms Macdonald previously described herself as “shocked and disgusted” at how the Government had acted and called for Mr Eustice to come to her farm and explain himself.

“They have murdered a perfectly healthy animal from New Zealand,” Ms Macdonald said.

“I wasn’t even here, they just stormed the place.

“They took him from here alive, they shouldn’t have done that – it was cruel.

“My understanding was that they had the right to come and destroy Geronimo however they felt appropriate.

“They did not have the right to drag him into a horsebox and drive him away, on his own, without his companions.

“They rounded up the rest of them and stressed them all out, then they dragged and took him away.

Downing Street had expressed sympathy for Ms Macdonald, with the Prime Minister’s official spokesman saying it was “highly distressing” for people to lose animals to tuberculosis.

“I needed him to stop this in its tracks when he had the opportunity and look what’s happened.

“They’ve decided to take death at all costs instead of learning and science. They all should be out of a job.”

Ms Macdonald accused the Government of “stringing us along” in recent weeks as she and her team tried to engage with them about alternative options to putting down the alpaca.

“In fact, all the time, they were simply planning to murder Geronimo,” she added.

Dr Iain McGill, veterinary scientific adviser to Ms Macdonald, accused Defra of “mentally torturing” her and “trying to kill their way out of trouble”.

“I am absolutely disgusted that while I focus on Nowzad Op Ark to help get vulnerable vets, vet nurses, children and 150 animals out of Kabul, with which Defra have helped, that they should go behind my back and execute Geronimo, for whom I am a key protector,” he said.

“Against a background of death, destruction and chaos in Kabul, Defra decide to kill the most famous animal in the world based on fake science and fake testing.”

Dominic Dyer, of the Born Free Foundation, said the death of Geronimo would be “hugely damaging” to the Government and was an “insult” to Ms Macdonald’s efforts to save her alpaca.

“The killing of Geronimo was a desperate move by Defra to hide decades of negligence, incompetence and deceit surrounding bovine TB policy and is a national disgrace,” Mr Dyer said.

In a statement, Defra confirmed that a court warrant had been used to enter the farm to remove Geronimo, who was then euthanised. It said bovine tuberculosis (bTB) is one of the “most significant animal health challenges that England faces today” and costs taxpayers more than £100 million each year.

More than 27,000 cattle were slaughtered last year to curb the spread of the infectious disease, it added.

Chief veterinary officer Christine Middlemiss said: “This is a terribly sad situation and our sympathies remain with all those affected by this devastating disease.

“No-one wants to have to cull infected animals if it can be avoided, but we need to follow the scientific evidence and cull animals that have tested positive for bTB to minimise spread of this insidious disease and ultimately eradicate the biggest threat to animal health in this country.

“Not only is this essential to protect the livelihoods of our farming industry and rural communities, but it is also necessary to avoid more TB cases in humans.”

Defra added that a post-mortem examination would be undertaken by veterinary pathologists from Apha, followed by a bacteriological culture of selected tissue samples.

A spokesman for Avon and Somerset Police confirmed that officers had attended the farm to support the execution of the court warrant.

One supporter was briefly arrested after spraying attending officers with a water pistol, but was quickly de-arrested.

Ms Macdonald had called on Defra to allow Geronimo to be tested for a third time or let him live to aid research into the disease.

She has argued that the Enferplex test is fundamentally flawed and says Geronimo tested positive because he had repeatedly been primed with tuberculin – a purified protein derivative of bovine TB bacteria.

The veterinary nurse has received support from around the world, with more than 140,000 people signing a petition against Geronimo’s destruction.

Earlier this month, a High Court judge refused her lawyer’s application for a temporary injunction to stop the destruction order and reopen the case.

As well as alpacas, badgers have been a victim of the fight against bovine TB, with mass culling employed to stop the spread since 2013, sparking a huge public backlash.