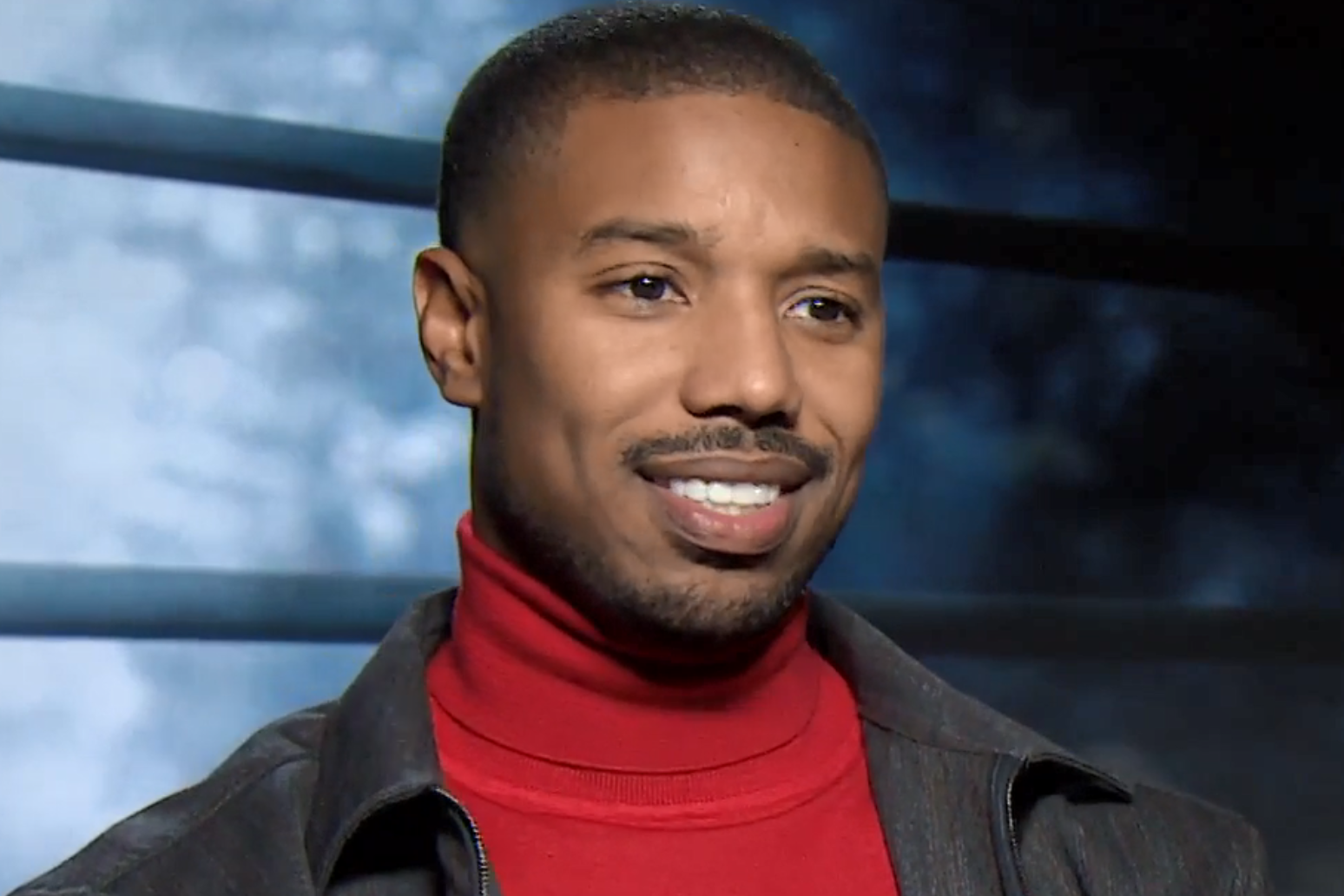 Michael B Jordan has been named People magazine’s sexiest man alive. The Black Panther actor, 33, was revealed as the winner during Jimmy Kimmel’s US chat show, entering the studio in a pandemic-appropriate yellow hazmat suit.

His voice was disguised while he answered a series of questions from fans at home, saying he worked in film, was not an Avenger, he is not married and has also not been in a relationship with Taylor Swift.

A viewer then correctly guessed Jordan’s identity and he removed the mask.

Jordan is best known for playing villain Erik Killmonger in Marvel’s superhero blockbuster Black Panther, as well as for his lead role in boxing drama Creed.

Speaking on Kimmel, he said it is a “cool title to have,” revealing he found out about the news while driving.

“It’s a cool feeling,” Jordan told People. “You know, everybody always made that joke, like, ‘Mike, this is the one thing you’re probably not going to get.’ But it’s a good club to be a part of.”

Jordan said the women in his family “are definitely proud of this one”.

Of the magazine, he added: “When my grandmother was alive, it was something that she collected, and then my mom naturally reads it a lot and my aunts as well. This is one that they’re definitely going to have a special place for.”

California-born Jordan had brief appearances in episodes of TV series Cosby and The Sopranos before bagging a small – but pivotal – role in The Wire, playing teenage drug dealer Wallace.

He joined US soap All My Children in 2003 and in 2009 started playing a quarterback in sports drama Friday Night Lights.

Jordan won critical acclaim and the tag of one to watch after playing a shooting victim in 2013’s Fruitvale Station, directed by Black Panther filmmaker Ryan Coogler.

His career hit a speedbump in 2015 when he starred as the Human Torch in the critically panned box office flop Fantastic Four.

Jordan bounced back later that year, again teaming up with Coogler to play Adonis “Donnie” Creed in Rocky sequel Creed.

He is next set to appear in Without Remorse, a Tom Clancy adaptation.

Inflation jumps on back of rising cost of clothing and food

UK inflation bounced higher last month as the price of food and clothing jumped, according to official figures. The Office for National Statistics (ONS) said Consumer Prices Index (CPI) inflation rose to 0.7% in October from 0.5% in September.   It surpassed the expectations of analysts, who had predicted that inflation would stay flat at 0.5% for the month. Deputy national statistician for economic statistics at the ONS, Jonathan Athow, […]