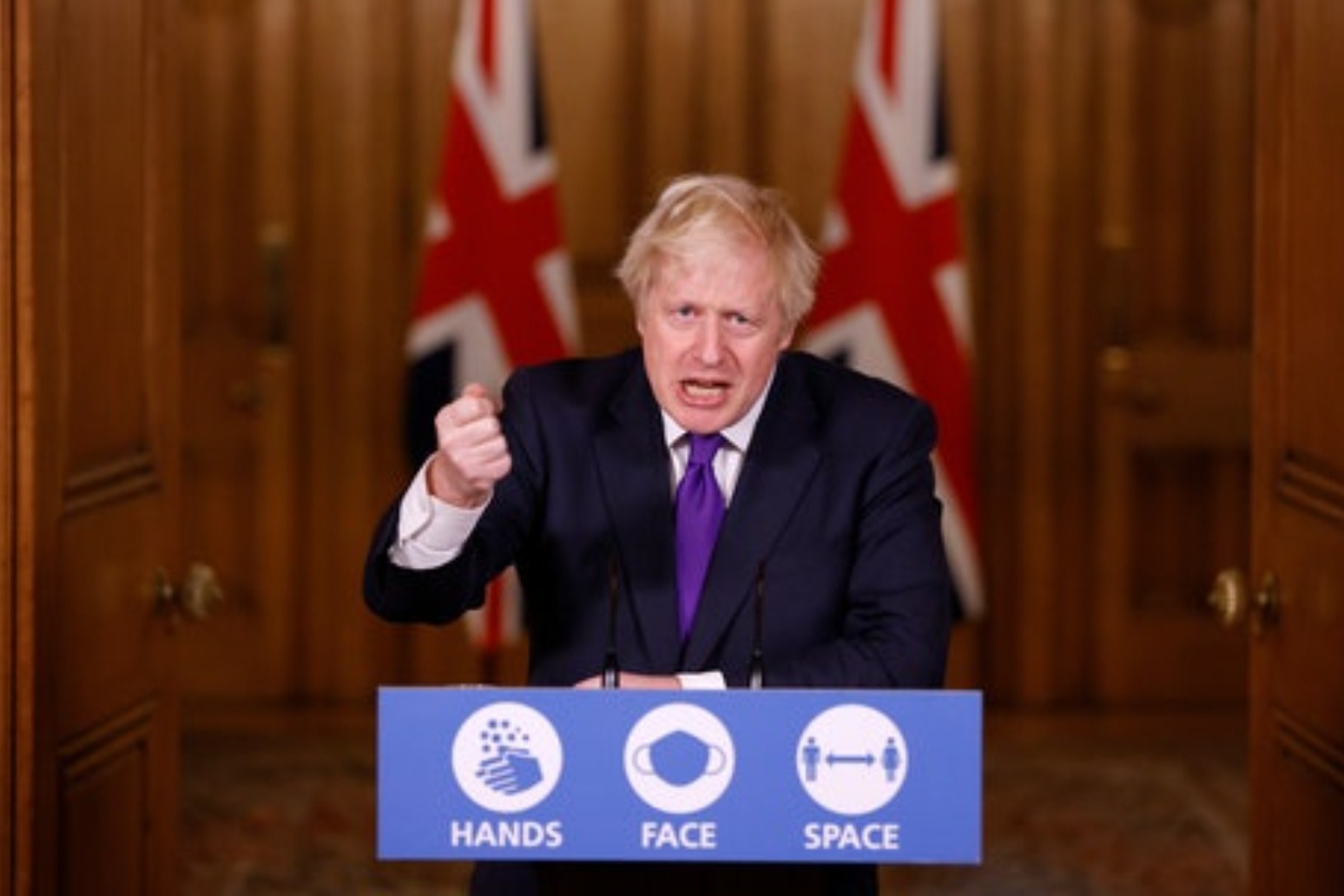 The Prime Minister has warned of the “immense logistical challenges” in distributing the newly approved coronavirus vaccine as it emerged that most care home residents will need to wait for their jab. The UK became the first country in the world to give the go-ahead to the vaccine from Pfizer and BioNTech on Wednesday, paving the way for vaccinations to start next week.

The Prime Minister has warned of the “immense logistical challenges” in distributing the newly approved coronavirus vaccine as it emerged that most care home residents will need to wait for their jab.

The UK became the first country in the world to give the go-ahead to the vaccine from Pfizer and BioNTech, paving the way for vaccinations to start next week.

But the recommendation from the Joint Committee on Vaccination and Immunisation (JCVI), which advises ministers, that care home residents and staff should be the top priority cannot yet be fully carried out.

Sir Simon Stevens, chief executive of NHS England, said the jab has to be stored at such low temperatures that it can only be moved a few times. Each pack of doses cannot be easily split and the 975 doses they contain would be too many for individual care homes, meaning the vaccine would be wasted.

Speaking at a Downing Street press conference on Wednesday evening, Boris Johnson acknowledged the “immense logistical challenges”, adding: “It will inevitably take some months before all the most vulnerable are protected – long, cold months.

“So it’s all the more vital that as we celebrate this scientific achievement we are not carried away with over-optimism or fall into the naive belief that the struggle is over.”

Sir Simon told a Downing Street briefing that the first people to receive the jab from 50 hospital hubs next week would be the over-80s, care home staff and others identified by the JCVI who may already have a hospital appointment.

GP practices will then operate local vaccination centres as more vaccine becomes available and, if regulators give approval for a safe way of splitting packs, care homes will receive stocks, he added.

Sir Simon said it would take until March or April for the entire at-risk population to be vaccinated.

But later in the briefing, he insisted the NHS was “raring to go” to vaccinate people in care homes, hopefully this month.

“Just as soon as we have the regulatory sign-off that we can do that, that we can get the jabs to the care homes so that the GPs and the nurses can arrive and give the care home residents that Covid vaccination, we will do that,” he said.

“We – at this point, with a fair wind – fully expect that that will be in the first tranche of priorities for vaccination during this month.”

Setting out the difficulties faced in delivering the vaccine into care homes, Mr Johnson said: “Of course we want to get it into care homes to protect the most vulnerable as fast as we possibly can.”

But, he said, the Medicines and Healthcare products Regulatory Agency has not yet authorised those transporting the vaccine to the care homes to split the packs.

Despite warning against over-optimism, Mr Johnson said it was now “sure and certain” that life could start returning to normal in 2021.

A combination of community testing, vaccines and social distancing measures was still necessary, he said.

“As we do all this we are no longer resting on the mere hope that we can return to normal next year, in the spring, but rather the sure and certain knowledge that we will succeed and together reclaim our lives and all the things about our lives that we love,” he said.

Both Pfizer and BioNTech have said the jab can be sent to care homes, as long as the vaccine travels for no more than six hours after it leaves cold storage and is then put in a normal fridge at 2C to 8C.

Ben Osborn, Pfizer’s UK country manager, told reporters: “The point I really want to emphasise is, at the point of administration and deployment by the NHS, our vaccine can be stored under normal refrigerated temperatures at 2-8C for five days.

“And that gives us the flexibility to reach the target populations identified this morning by the JCVI over the months ahead.”

The UK has ordered 40 million doses of the Pfizer vaccine, enough to vaccinate 20 million people with two doses, given 21 days apart.

Health Secretary Matt Hancock said 800,000 doses of the jab would arrive next week, with millions more following in the coming weeks.

Sean Marett, who is chief commercial officer at BioNTech and has responsibility for distribution, said the UK was likely to receive at least five million doses of vaccine by the end of the year.

The UK had initially expected 10 million by the end of December, but Mr Marett said the amount being shipped out was being scaled back for all orders.

Earlier, Dr June Raine, head of the MHRA, said “no corners have been cut” in assessing the jab’s safety.

Information obtained by the PA news agency on the jab’s rollout says that once the vaccine arrives in the UK from Pfizer’s plant in Belgium, batches will be checked at a central depot to ensure their quality.

Public Health England (PHE) will process orders placed by the NHS for next-day delivery to hospital hubs around the UK.

Meanwhile, a further 648 people had died within 28 days of testing positive for Covid-19 as of Wednesday, while there were a further 16,170 lab-confirmed cases.