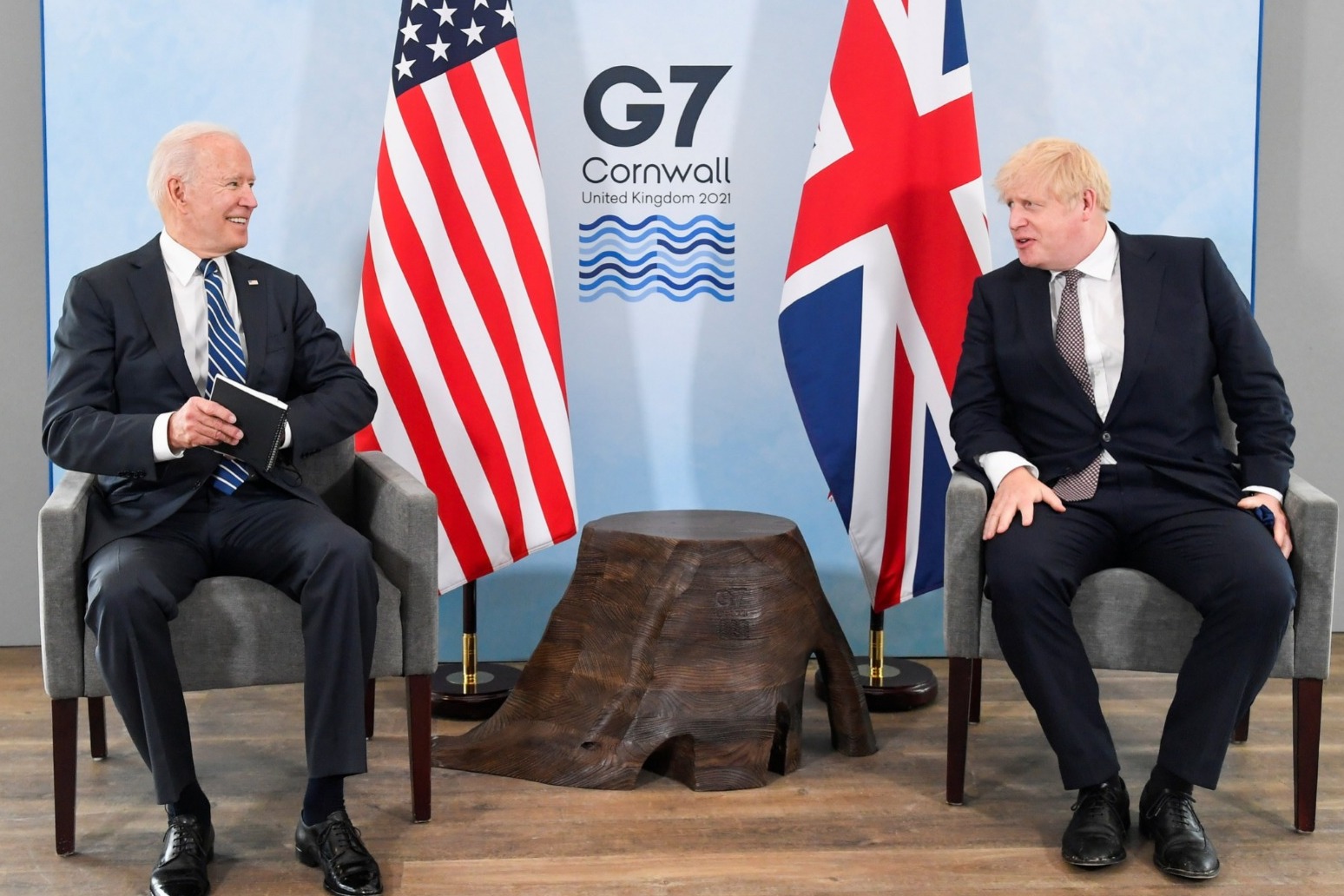 Mr Johnson was expected to push to get talks going on Tuesday when he makes his first visit to the White House since Mr Biden succeeded Donald Trump.

Boris Johnson has blamed his lack of a post-Brexit trade deal with the US on President Joe Biden having “a lot of fish to fry” as he heads to the White House with the hope of restarting the stalled negotiations.

The Prime Minister suggested the free trade agreement (FTA) touted by Leave supporters as a major prize of leaving the European Union was not high on the president’s list of priorities.

Mr Johnson was expected to push to get talks going on Tuesday when he makes his first visit to the White House since Mr Biden succeeded Donald Trump.

Buoyed by the announcement the US will drop the blanket ban on travellers arriving from the UK, Mr Johnson will board a train to Washington from New York, where he has been attending the UN General Assembly.

However, No 10 appeared blindsided by Monday’s announcement, which followed Mr Biden’s refusal to extend the deadline for the withdrawal of troops from Afghanistan despite pleas from the Prime Minister.

Mr Johnson insisted that he would rather get a good agreement with America’s “ruthless” negotiators than a “quick deal”.

“On the FTA, the reality is that Joe has a lot of fish to fry,” Mr Johnson told reporters travelling with him to the States on RAF Voyager.

“He’s got a huge infrastructure package, he’s got a build back better package. We want to do it, but what we want is a good FTA, a great FTA.”

In the run-up to the EU referendum in 2016, then-president Barack Obama warned Britons they would be at the “back of the queue” for any trade deal if they voted for Brexit.

Mr Johnson this week insisted that relationships between Washington and London now “are about as good as they have been at any time in decades”.

But Brexit itself presents a quandary to the Prime Minister’s relationship with Mr Biden, who has warned there will be no trade deal if peace in Northern Ireland is jeopardised by the EU departure.

Trans-Atlantic relations have been strained by Mr Biden’s withdrawal of troops from Afghanistan before allies including Britain managed to evacuate all former staff and other vulnerable Afghans.

Communications also appeared troubled in relation to the White House’s announcement on Monday to allow fully vaccinated UK travellers into the US from November, watering down a blanket ban maintained by the Biden administration because of soaring rates of the Delta variant of coronavirus.

A day earlier, Mr Johnson downplayed any expectations that he could “crack” the issue during his visit to the White House.

Mr Johnson’s last attendance at the UN summit in New York was cut short when in 2019 the Supreme Court ruled his decision to suspend Parliament during the Brexit wranglings was unlawful.

With Mr Trump also in the White House at the time, the Prime Minister acknowledged “we had all sorts of pebbles in the shoe” during that trip.

A major diplomatic row has also broken out over a new military pact between the UK, US and Australia because it scuppered a multibillion-dollar contract for France to provide submarines to Australia.

France took the extraordinary step of recalling its ambassadors to Washington and Canberra, but declined to do the same from London, accusing the UK of being America’s lapdog.

After meeting Mr Biden and vice president Kamala Harris in the White House, Mr Johnson will have dinner with Australian Prime Minister Scott Morrison in Washington.