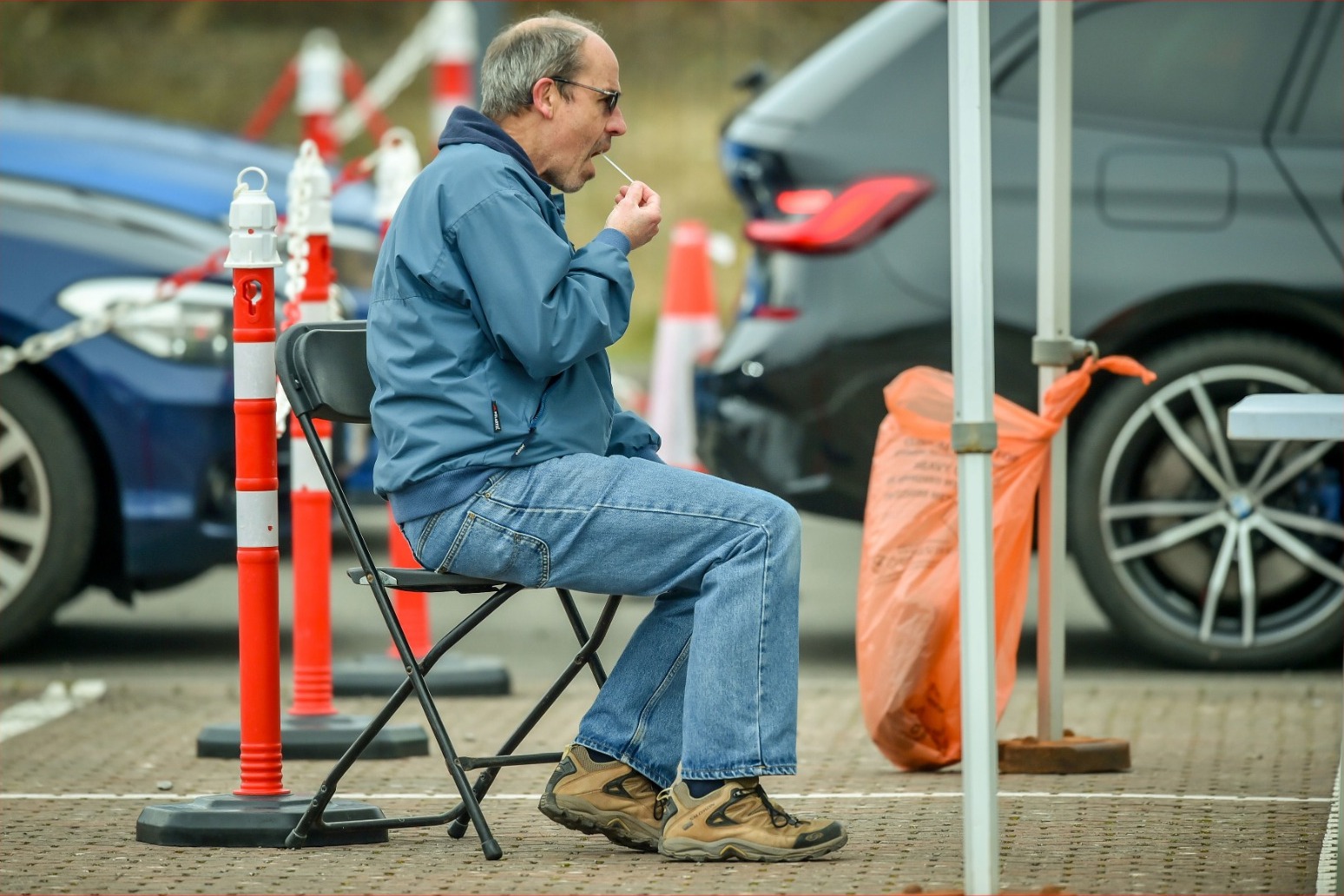 Boris Johnson has insisted the UK has “one of the toughest border regimes anywhere in the world” despite the Brazilian coronavirus strain being detected.

The Prime Minister claimed the Government “moved as fast as we could” to launch its quarantine hotel policy.

Public Health England has identified six UK cases of the concerning P1 variant first detected in the Brazilian city of Manaus – three in England and three in Scotland.

This has led to accusations that stricter and quicker restrictions should have been imposed on international arrivals.

UK nationals or residents have continued to be allowed to return from Brazil using indirect fights.

The requirement for them to carry out their 10-day quarantine period at a hotel was only implemented on February 15, around a month after concerns about the variant became widespread.

Mr Johnson told reporters: “We have got one of the toughest border regimes anywhere in the world for stopping people coming in to this country who may have variants of concern.”

Asked if the Government was too slow to implement quarantine hotel measures, the Prime Minister replied: “I don’t think so – we moved as fast as we could to get that going.

“It’s a very tough regime – you come here, you immediately get transported to a hotel where you are kept for 10 days, 11 days.

Labour leader Sir Keir Starmer said the discovery of the Brazilian coronavirus variant in the UK shows the Government has not “secured our borders in the way we should have done”.

Speaking at a virtual meeting with Welsh businesses to mark St David’s Day, Mr Starmer said: “It demonstrates the slowness of the Government to close off even the major routes, but also the unwillingness to confront the fact that the virus doesn’t travel by direct flights.

“We know from last summer that a lot of virus came in from countries where it didn’t originate in, but people were coming indirect, and that’s the way people travel.”

Welsh First Minister Mark Drakeford has said he would take the “opposite” approach to the one taken by the UK Government.

Mr Drakeford told a press conference: “I would do it the opposite. I would say we shouldn’t be having international travel but here is a list of countries where we are confident that things are under control, where there are testing regimes, where we will be confident that people returning from there would not be posing a threat to us.”

Last September, Covid-19 cases in Wales were “undoubtedly driven up” partly because people returned from holidays abroad and brought the virus with them, he said.

Labour MP Yvette Cooper, who chairs the Home Affairs Select Committee, told BBC Radio 4’s Today programme: “We need to look at how these cases have arrived in the country in the first place in order to prevent others doing so.”

Mr Cooper said many travellers would have taken indirect flights from Brazil, and that the situation highlighted “gaps” in the system.

She went on: “These cases seem to have arrived a month after the Brazil variant was first identified and we were raising with the Government the need for stronger action.”

Two adults and a child who set up a tent on the top of a 280ft cliff had “no idea of the extreme danger they were in”, Coastguards said. Rescue officers from Staithes and Whitby in North Yorkshire were called to an area along the Cleveland Way near Port Mugrave on Saturday lunchtime after a 999 call from a member of the public. As well as the proximity to the […]