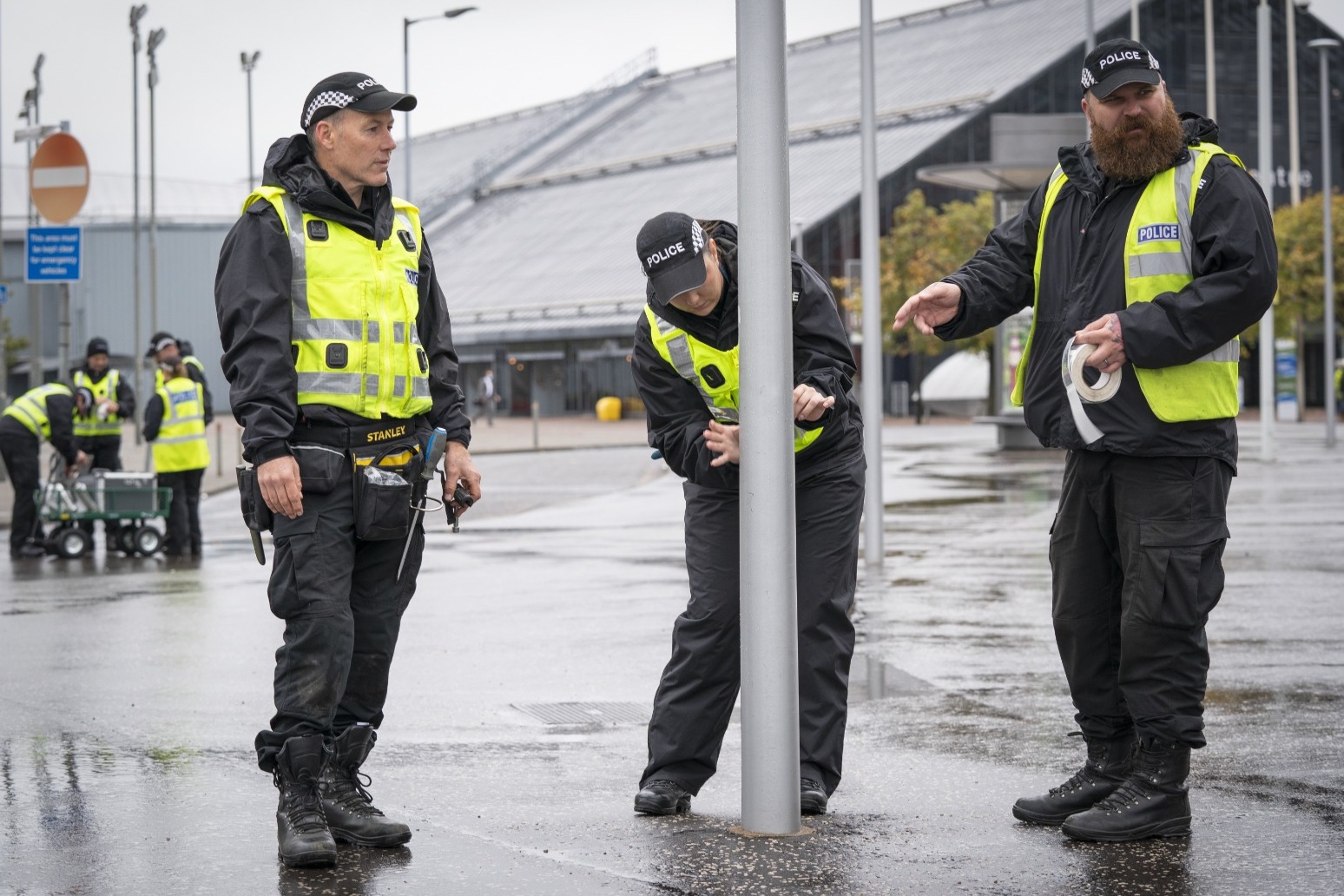 Police Scotland say they are introducing a new verification check that lone officers will offer members of the public they speak to, in response to the murder of Sarah Everard.

Outrage over the murder has led to widespread concern over how to verify an officer’s identity, the force said.

From Saturday, Police Scotland said officers who are operating on their own will proactively offer to carry out a verification check for anyone they come across who appears to be concerned for their safety.

This will involve the officer’s radio being put on loudspeaker and a member of the control room staff confirming who they are.

Police Scotland said its constables will normally operate in pairs, though there may be rare cases when a lone officer approaches a member of the public.

Deputy Chief Constable Will Kerr said: “Public confidence and consent is critical to our legitimacy, and our ability to keep our communities and citizens safe.

“The appalling circumstances of Sarah Everard’s murder have deeply affected people and many are now understandably concerned about verifying an officer’s identity.

“Police officers will, of course, continue to approach any member of the public who appears distressed or vulnerable, to offer support and assistance.

“However, although it is rare for a lone police officer to have to speak to a member of the public in Scotland, we absolutely recognise our responsibility to introduce an additional means of verification to provide further reassurance to anyone, in particular women who may feel vulnerable, and who might be concerned if they find themselves in this situation.

“The onus is on us, as a police service, to proactively offer this additional verification process to any member of the public who appears distressed, vulnerable or frightened.

“Police officers always carry photographic identification and will be happy to provide further reassurance about who they are and their reason for speaking with someone if requested.”