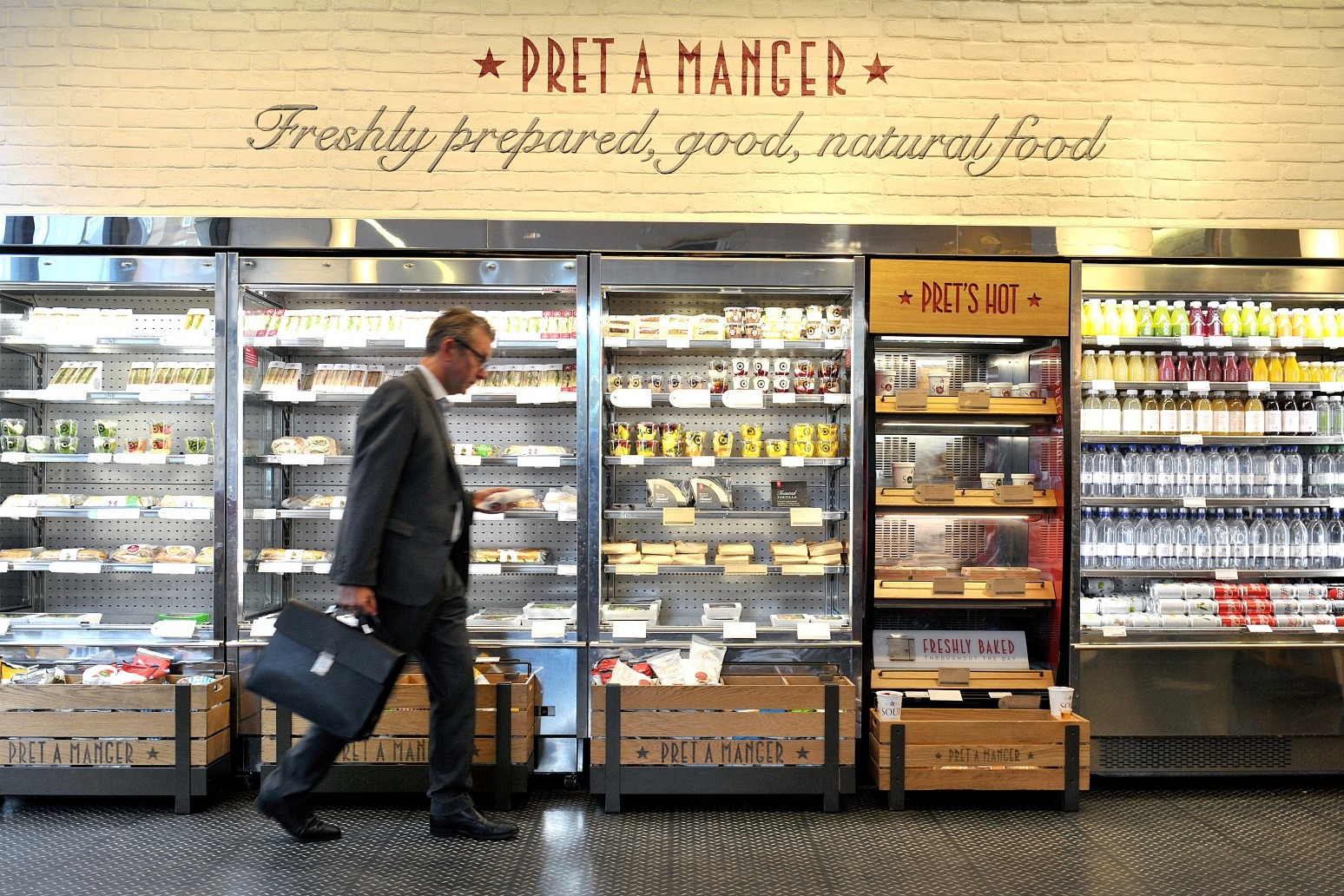 The sandwich and coffee chain was battered by the pandemic but said it has seen its city centre sites recover further in recent weeks as more workers have returned to the office.

Pret a Manger has said it will open more than 200 UK shops over the next two years, after securing a further £100 million cash injection.

The sandwich and coffee chain was battered by the pandemic but said it has seen its city centre sites recover further in recent weeks as more workers have returned to the office.

The company revealed that it plunged to pre-tax operating loss of £256.5 million for 2020, in new filings on Companies House.

Pret saw its revenues fall by 58% to £299 million for the year, as it was forced to shut the shops for months and saw footfall significantly depressed by Covid-19.

It said its regional shops were now at their strongest ever levels while its London City sites had rebounded to 72% of weekly pre-pandemic sales.

The company said it will look to continue the latest phase of its recovery strategy by investing to rapidly expand its shop estate.

It revealed that it has been backed by a new £100 net investment by owner JAB Holdings and founder Sinclair Beecham.

Funding will be used to help the group double in size within five years, with 200 UK shops set to built in the next two years.

“We are keen to open more stores in regional and suburban areas, as these have been really strong recently,” he said.

“We have obviously kept an eye on the way trends have shifted since the pandemic and obviously areas such as service stations have been particularly busy, so that it why we have linked with Moto and Motor Fuel Group

“We are seeing lots of property opportunities but it is unsurprisingly competitive for the best sites, but I think landlords see us as a really strong brand and are keen to bring Pret in.”

The group has diversified its business operations since the start of the pandemic as it sought to ease its reliance on city centre workers for trade.

It saw the chain launch of retail coffee products, it coffee subscription service and expanded through delivery operators.

Mr Christou said the firm was more resilient as a result of its “omni-channel” approach.

He added that certain new launches were more successful than others, with the group pulling back from its trial for evening meals after disappointing results.

The update also comes days after the group announced a 5% pay rise for its cafe workers.

Mr Christou told PA that the industry-wide staff shortages have posed a “a challenge” for the business, but that it hopes investment in its pay structure could entice more new employees.

The group axed around 30 stores and thousands of jobs following the initial impact of the pandemic.