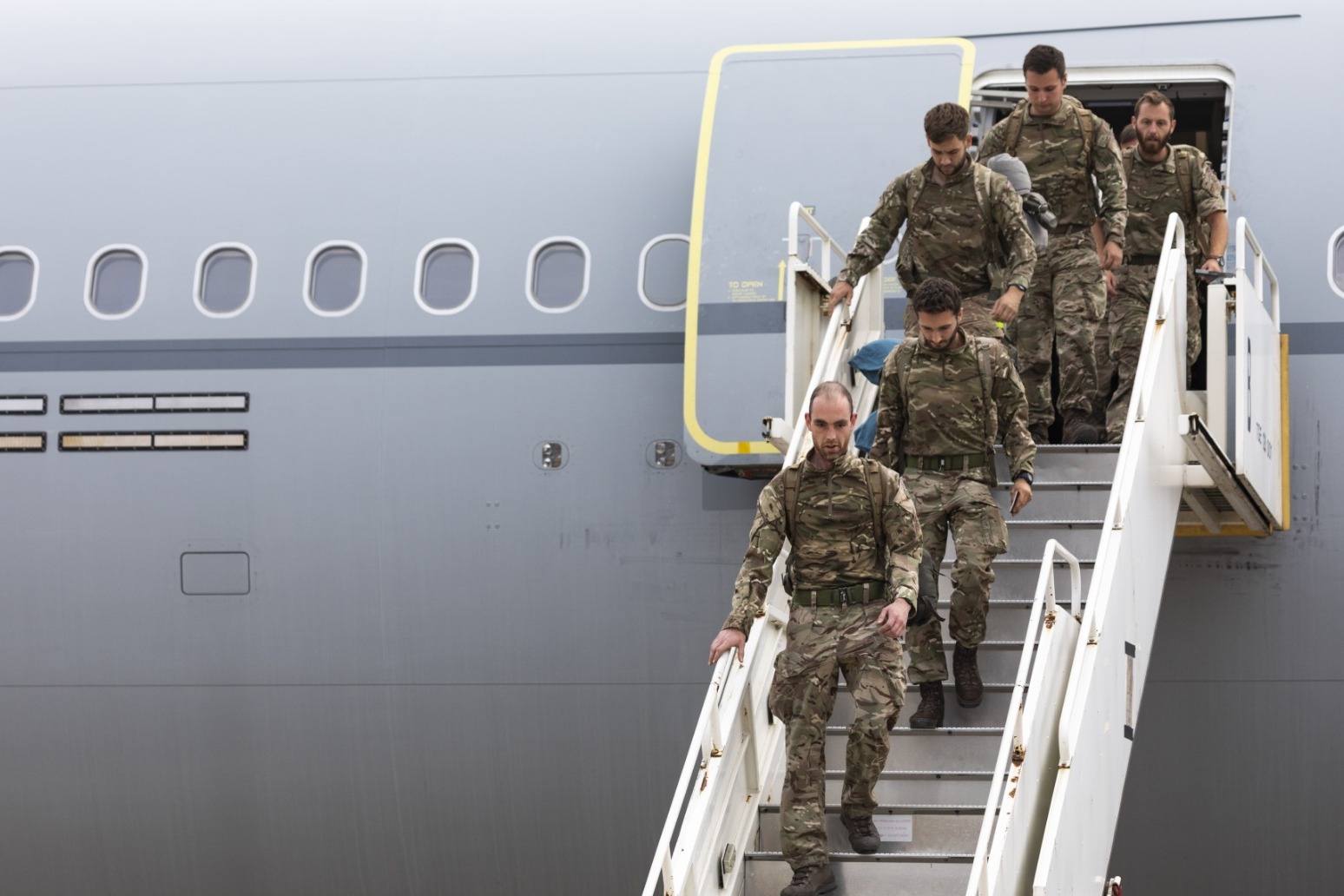 Chairman of the Commons Foreign Affairs Select Committee Tom Tugendhat said the personnel should be welcomed into the Army.

Proposals to create a new regiment in the British Army for Afghan special forces, which UK troops helped train, have been backed by MPs who served in Afghanistan.

The Daily Telegraph reported that ministers were set to consider suggestions that hundreds of Afghan commandos who have arrived in the UK could form a new regiment, similar to the Gurkhas.

And the newspaper said that Afghans already enrolled at Sandhurst, who were due to join the Afghan National Army, could now join the British Army instead.

It reported that the special forces had played a key role in the evacuation effort from Kabul by heading into crowds to find those eligible for evacuation and handing them over to British forces.

Chairman of the Commons Foreign Affairs Select Committee Tom Tugendhat said the personnel should be welcomed into the Army.

The Tory MP, who served in Afghanistan, told The Telegraph: “We trained and fought alongside many Afghans who are now in the UK.

“If they want to serve, we should welcome them, I would love to see a regiment of Afghan scouts.”

Fellow Conservative Tobias Ellwood, who is chairman of the Defence Select Committee and also a veteran, added: “Given that we’ve helped train these forces, it’s certainly something that needs to be a consideration.

“One avenue is they are kept as a unit, as the Gurkhas have operated.

“The other avenue is they are blended into our own system.”

Former veterans minister Johnny Mercer told the newspaper it would be an “absolute waste not to make use of them”.

The Ministry of Defence told the Telegraph it was “assessing how to best support them and utilise their skills and expertise going forward”.