Race to save the planet 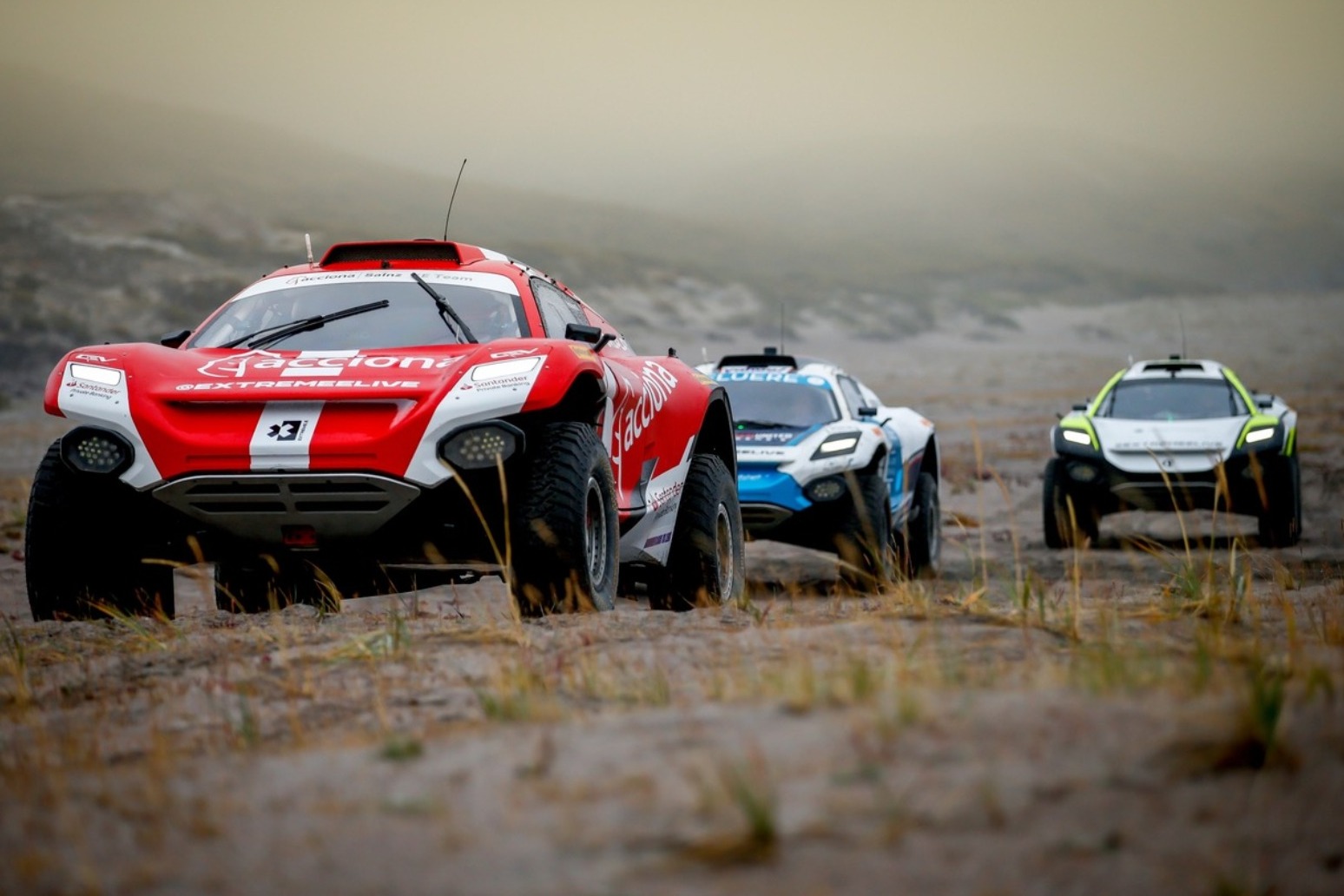 As Greenland Glaciers melt faster than ever, the country is hosting its first ever international motorsport event, but with all-electric SUVs.

Greenland’s icecap has just witnessed its first rainfall on record. More than 12-billion tons of water is melting off the icesheet every day this summer. Six times the rate just a decade ago.

This weekend the country is hosting its first ever motorsport event, the newly created Extreme E challenge, which uses electric SUVs to highlight the impact of climate change in some of the world’s most effected locations.

So far 9 teams have taken on desert and ocean legs in the ‘electric odyssey’ highlighting drought and impacts on coastal communities. The Arctic is a region that is not only being changed by rising temperatures but is also a big contributor to rising sea-levels around the world.

Extreme E is undertaking research and legacy initiatives in each of the locations it visits. Head of its Scientific Committee is world-renowned polar expert Professor Peter Wadhams who is concerned by the amount of melting he’s seen on the Russell Glacier this week.

“There’s a real problem with Greenland and it’s melting at an accelerating rate. It all goes into the ocean and raises sea level, which might be several metres by the end of the century,” claimed Prof. Wadhams.

The specially designed electric SUV’s are backed by some of the world’s leading motor sport champions. It’s the first race to demand there’s a male and a female driver on each team. Topping the leader board after the first two X-Prix events is Rosberg X Racing, led by 2016 Formula 1 World Champion Nico Rosberg. Australian Molly Taylor is paired up with co-driver Johan Kristofferersson.

Taylor said, “I think it’s very important. I love this series and I love being involved with Rosberg X Racing. We can use this platform that we have and the amazing connection we have with our fans to educate. That’s really the first step. Once you know how you can make a difference then you can start taking some positive action.”

She told us it’s important for her to highlight the impact of climate change by racing in some of the worst affected regions of the world. “One of the most important things is that Extreme E makes visible the environmental problem of today, which is why it made me fall in love with the project. It’s an incredible idea. It’s the future of competition and also has made me learn to change things in my day-to-day,” said Taylor.

German championship driver, racing for ABT Cupra XE, is Jutta Kleinschmidt who visited the Russell Glacier with the other competitors iun an expedition to gather ice samples for the research scientists. She said, “I love adventure and that is a huge adventure to see that. I think motorsport has to go in this direction and I have now the opportunity to be part of it and I am very proud of this.

“It was always my dream since many years to have an environment friendly car and also now we have Extreme E and it’s super exciting, and the people start to think different. Everyone should try an electric car. I bought one myself and I have a lot of fun with it. It’s time to change,” she added.

The course has been designed around a large, relatively open plain at the edge of the Russell Glacier, just outside the town of Kangerlussuaq. The terrain has a mixture of rock sizes from large boulders down to a fine glacial sediment and sand dunes, crafted and shaped by the wind blowing down the valley and the melting water coming off the glacier.

Alejandro Agag, Extreme E Founder and CEO said, “To be racing on an area which was once a glacier, up until its suffering at the hands of the climate crisis, is very special. This course is like nothing the motorsport world has ever seen as we are the first series to ever go racing in this location. I didn’t want to race on the ice…this was the right place as we are close to the ice cap but not on it.”

US Space Agency scientists have also been studying the impact melt water is having on accelerating the movement and melting of the Russell Glacier. If all the Greenland icesheet melted sea level would rise by around 23 feet (7 metres). Dr Lawrence Smith from Brown University is working on the NASA research and issued a stark warning:

He said, “Sea level rise presents an ‘existential threat’ to populations all around the world. The majority of our major cities are on coastal deltas. Our ice sheets are the biggest contributor to that and Greenland is one of them but Antarctica is the other elephant in the room.”

The Extreme E Arctic X-Prix is taking place in Kangerlussuaq in Greenland this weekend 28-29 August  with qualifying rounds Saturday and the semis and final on Sunday.