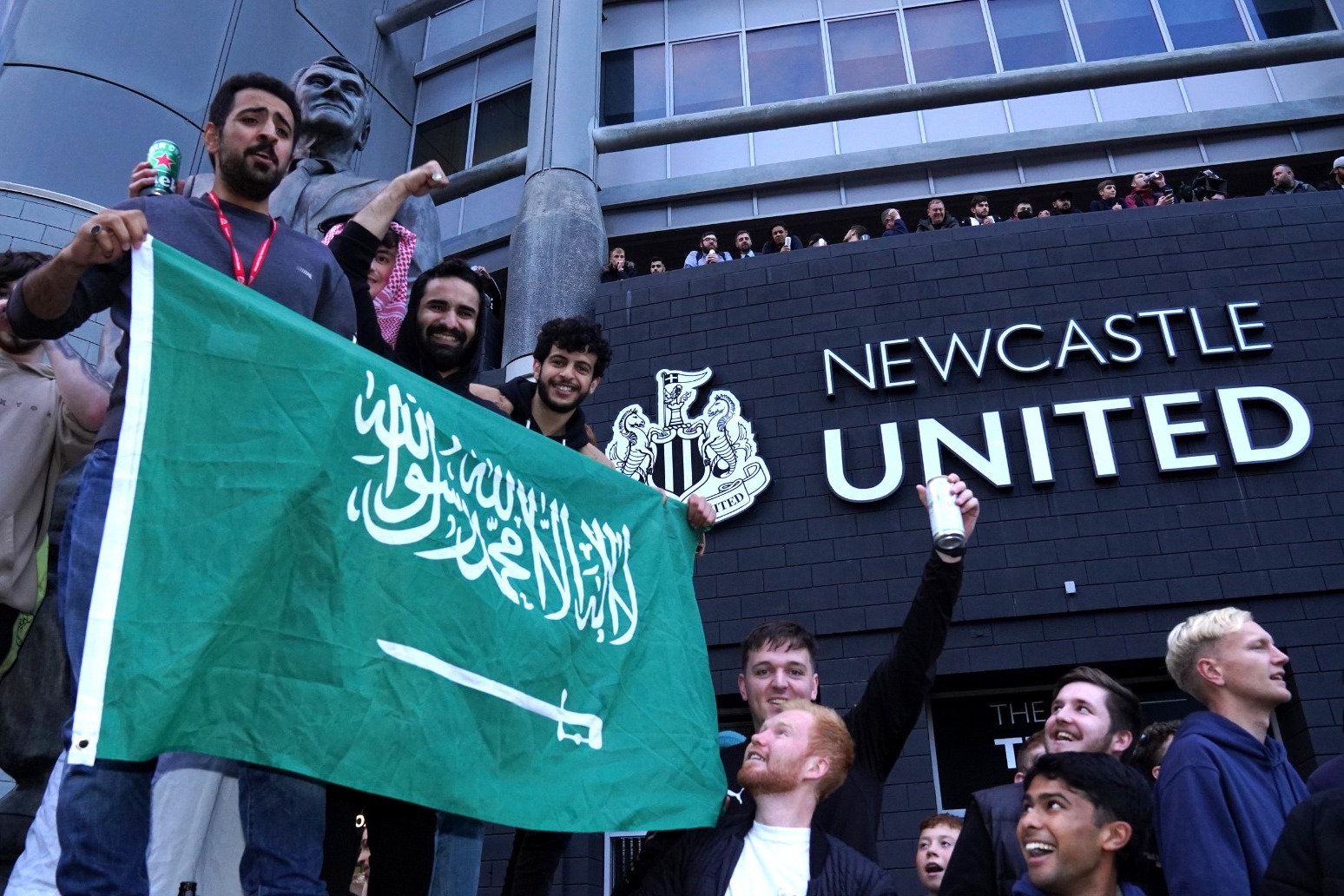 The Saudi-led takeover of Newcastle has been approved, the Premier League has announced.

The Premier League said it had settled legal disputes that had initially stalled the takeover process, and received “legally binding assurances” that the Saudi Arabian government will not effectively own the club.

The Premier League statement read: “The Premier League, Newcastle United Football Club and St James Holdings Limited have today settled the dispute over the takeover of the club by the consortium of PIF, PCP Capital Partners and RB Sports & Media.

“Following the completion of the Premier League’s owners’ and directors’ Test, the club has been sold to the consortium with immediate effect.

“The legal disputes concerned which entities would own and/or have the ability to control the club following the takeover.

“All parties have agreed the settlement is necessary to end the long uncertainty for fans over the club’s ownership.

“The Premier League has now received legally binding assurances that the Kingdom of Saudi Arabia will not control Newcastle United Football Club.

“All parties are pleased to have concluded this process which gives certainty and clarity to Newcastle United Football Club and their fans.”

Newcastle also released a statement, confirming that Yasir Al-Rumayyan, the governor of the Public Investment Fund (PIF) will act as the club’s non-executive chairman, while Amanda Staveley, chief executive of PCP Capital Partners, will have a seat on the board.

The statement added: “The Investment Group is comprised of long-term, patient investors who have every confidence in the future success of the Club.

“Today’s announcement is the conclusion of a thorough and detailed process that has allowed the Investment Group to arrive at a deal that benefits all stakeholders and will leave Newcastle United well-placed to pursue a clear, long-term strategy.”

The approval of the takeover means the end of Mike Ashley’s tenure as owner. The Sports Direct boss bought the Magpies in 2007, but has been criticised by supporters for a perceived failure to invest in the team.

The club’s new owners clearly intend for the days of battling relegation to be numbered, with Staveley describing a “long-term investment” in order to ensure the Magpies are “regularly competing for major trophies and generat[ing] pride across the globe.”

The consortium, which also includes the Reuben Brothers and PCP Capital Partners, walked away from the deal in July last year. That followed a determination by the Premier League that the kingdom of Saudi Arabia would be a director with control of the club, and therefore subject to its owners’ and directors’ test (OADT).

That determination became the subject of arbitration between the league and the club, and a hearing had been scheduled to begin on January 3 next year.

St James Holdings Ltd, which owns 100 per cent of the shares in Newcastle, also lodged a separate competition law claim in May, alleging the Premier League had abused a dominant position by failing to exercise its role as a gatekeeper to new owners in a fair, objective and non-discriminatory way.

However, an agreement has now been reached after further assurances were sought and obtained – which the Premier League maintain is “legally binding” – that the Saudi state would not control Newcastle.

Sources close to the league have insisted that establishing who would have control of the club had always been at the centre of the takeover dispute, rather than piracy.

They also suggested Wednesday’s news of an end to the commercial dispute between the Premier League’s Middle East broadcast partner beIN SPORTS and Saudi Arabia was a consequence of the work towards a settlement on the takeover, rather than a precursor which allowed the takeover to go ahead.

PA reported in June that the Premier League had not called for Saudi Arabia to be kept on the US government’s piracy watch list for this year, even though UEFA and LaLiga had.

The league’s submission to the US Trade Representative said this was focused on copyright over the internet, but it is now understood this was part of a thawing of relations in the dispute.

The news will dismay human rights organisations including Amnesty International, who had issued a statement earlier on Thursday imploring the Premier League to reject the deal.

“Instead of allowing those implicated in serious human rights violations to walk into English football simply because they have deep pockets, we’ve urged the Premier League to change their owners’ and directors’ test to address human rights issues,” said Amnesty’s UK chief executive Sacha Deshmukh.

Deshmukh added: “Ever since this deal was first talked about we said it represented a clear attempt by the Saudi authorities to sportswash their appalling human rights record with the glamour of top-flight football.”