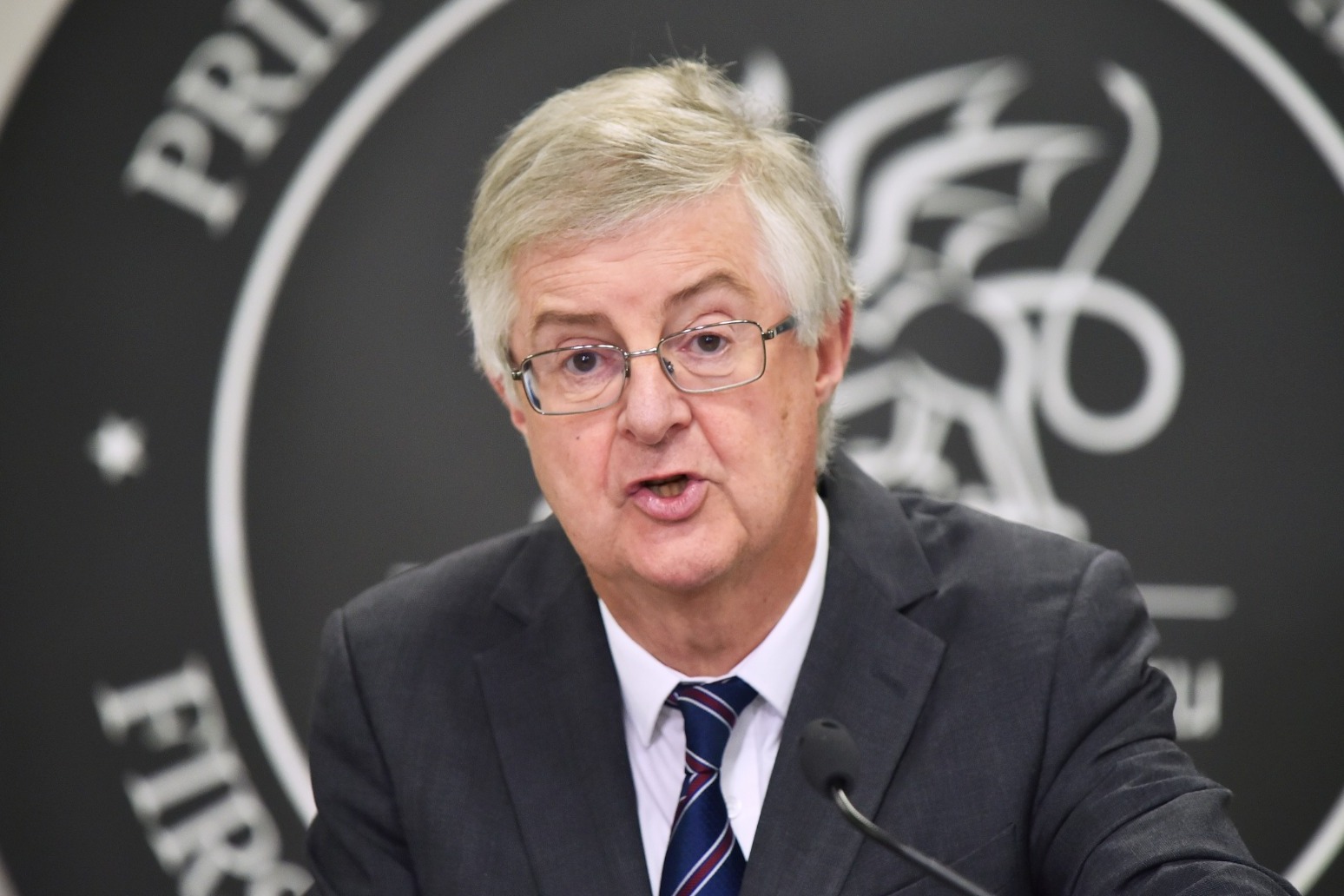 ** An extra 11,000 positive coronavirus tests missing from official figures in Wales demonstrate “how serious the position” in the country is, First Minister Mark Drakeford has said. **

Maintenance work on Public Health Wales systems at the end of last week meant the numbers were not included on top of 11,911 positive cases reported by the agency between December 9 and 15.

On Thursday Mr Drakeford denied the data had been “missing” from the country’s figures in recent days and was known by the Welsh Government.

He told BBC Breakfast: “This was planned upgrading of the computer system, none of the data is missing, everybody who had a positive test in Wales was told that last week, everything was uploaded on to our Track, Trace and Protect system.

“But the figures do demonstrate just how serious the position here in Wales has become and underlines why we made the decisions yesterday both in the lead-up to Christmas, during Christmas, and once Christmas is over.

“The Government was aware that there were tests that are being carried out which were not being loaded on to the system because that is what we already announced.”

A statement from Public Health Wales said its dashboard was being updated with the figures following the work on its NHS Welsh Laboratory Information Management System (WLIMS).

It said: “This means that we expect a backlog of results to come through over the coming days, and there will be a period of data reconciliation and validation that will affect our daily reporting figures for several days.

“(Thursday’s) figures and those over the following days will be higher as a result of the backlog coming through.”

The agency added: “It has not affected individuals receiving their results and the contact tracing process being commenced.

“Members of the public can be reassured that anyone who tests positive will be contacted by their local authority’s Test, Trace, Protect team in the usual way. There have been no errors in the Public Health Wales reporting.”

Welsh Conservatives health spokesman Andrew RT Davies said: “This is another staggering data cock-up during the Health Minister’s management of the Covid crisis, to add to the 13,000 shielding letters sent in error and the data breach in September that saw 18,000-odd positive test results put on a public PHW server.

Mr Davies said medical professionals had contacted him to voice their concerns – which they had raised with their managers but were allegedly dismissed – as to whether the planned maintenance should have been carried out when it was.

He added: “Welsh Labour and their failing health minister have clearly lost control of the virus in Wales.

“This loss of control can only be compounded by today’s news of yet another data mix-up.

“And, bearing in mind the concerns highlighted by health professionals, an investigation into this fiasco should be launched.”

Plaid Cymru’s shadow economy minister Helen Mary Jones said: “With positive cases in Wales rising to record levels it is crucial that the reporting of data is both timely and robust.

“The public need a complete and current picture of the situation to realise the gravity of what we are facing. We need urgent reassurance that the failings have been addressed.

“I fear that the Welsh Government is losing control of the situation. The latest data saga shows that the situation is far worse than expected and tighter restrictions must now be introduced earlier in areas that have reached the Tier 4 threshold – based on the basis of rationality to reflect local levels of coronavirus cases.”